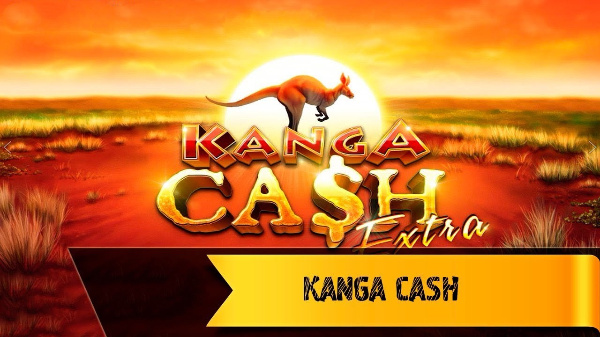 Kanga Cash Extra Casino Game made by the Australian casino authority of Ainsworth and included some of the heritage features in it with the wildlife also to amuse the users of the casino. Slot would be enough to understand the detail of the game for all the users. It has consisted of the symbols, reel, option, and RTP, stacks, multipliers, payout and betting range also. Further, this game also is played with the use of the smartphone after downloading it everywhere in the world.

Function in the Kanga Cash Extra

There are 5 reels in the slot with the 10 lines of pay for every single round of the slot to bet on it. The mega payout for the slot ranged to the $6000 after making the suitable combinations of the symbols. Whereas the bonuses settled by the company is up to the $15000 which is too big for the wagers of all kind. The difference in the functions of all the games is the Return to the Player which is 96.13% and it is just low from the average slots. But the space of the RTP filled by the wilds, free spins, free rounds, and the multipliers also.

This casino slot started betting from just $1 to catch the users of gambling whereas the maximum bet which could do for the game is $20. It showed this slot is just for the new people of casinos in the market to give them some edge in the casino market, But the older and the experienced played would hesitate to play to waste the time. Here is the detail of the Kanga cash Casino games payouts.

Payouts from the Kanga Cash Extra

The prize for every line begins from the $600 and per spin raised to the 300x the stake. It is too low for the gambler but the offers of the bonus from the slot by the company will catch the users as it is $15000. But the RTP settled by the developer could get some edge for the newbies. Overall, this game failed to give heavy cash to the players of the casino.

Like the previous slot, the presence in this slot of the wild symbol would not give you a payout if it falls on the reel number 3 and could not make pairs and combinations for the players of the casino. But later on, this would be used to get help for the big cash but in the log time of the slot. Here is the symbol of the Boomerang is the only sign of triggering as 3 from the 5 will leave some free spins up to the 5.

The other presence in the Kanga cash Extra casino game of the Sunset icons which could appear up to the 6 times in the reels, firstly, it will give you 6 re-spins without any betting for it. After that, it will stick to you. You can reuse the spins after settling the icon of the sunset to get the maximum prize at the spot. At the last of the gameplay, you can draw mega cash after handling gest the feature of the Sunset icon. I f you want to get the free mega bonus, they have to play the slot with fully devoted, no doubt, some bonus are waiting for you. The review of the Kanga Cash Extra is just to remind you of all the functions in the slot.

As per the latest games of the Australian developers, they made all the games of the casino on the base of the wildlife and here is the situation is the same. But, here some different as the mixed up of the symbols, sunset, kangaroos, Boomerang’s, Eagles, Lizards, Royals and some of the others. All the symbols in the slot are showing some terrible in the entire game.

It is new in the Year of 2020 with some of the new features but most in its are too old. The average payouts, RTP and behave of symbols with huge bonuses in the slot made I very best slot in the casino market.