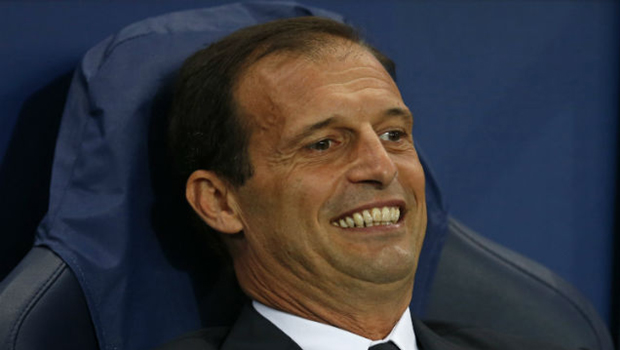 Juventus coach Massimiliano Allegri is enjoying the fruits of past labor, and after a stunning series of victories with the team The old lady broke out on his forehead Series A with the real prospect of a fifth consecutive championship wins to boot.

Good results with Juve have triggered speculation over selidebe the Real at the end of the season, although the glossy professional avoided in an interview with Corriere dello Sport provide a direct answer to the question of whether the flight download the Madridistas. “Of course, and for me there is a desire to be one given the opposition in other football cultures as did Carlo Ancelotti, but for now we are not in a hurry because I am happy at Juventus ” , said diplomatically in the beginning Max Allegri .

When asked who is the greatest player who has been trained, got an interesting answer: “Gianluigi Buffon. To watch him train and fight is a real pleasure. Calmness owned by the master of the box, characterized by a great champ. Of course, in that group Ibrahimovic, Ronaldinho and even Cassano, who had a fantastic dog. And something I include in this group, even though he had 13 operations during his career, including Thiago Silva … “

Allegri believes that Italian football has good guys who coming. “I think the successor of Neste Romagnoli says. He and Daniele Rugani the Italian defenders for the future. Among other impressed me Missiroli from Sassuolo who is terribly advanced, even Bernadeski from Fiorentina, and Stefano Sensi from Cesena. I hear sometimes how people are saying that Italy does not have talent, but I am convinced that this is not the case. “

Juventus coach talked about his footballers are often criticized and defended Croat Mario Mandzukic . “Sometimes I can not understand the criticism of the players what is Mario, who has achieved excellent results in whatever club that he played. And these teams have had success with it, have evolved, it is a technically strong football player who pulls the team forward. Morata last year showed that a top footballer, who finally got a real chance and ceased to be the ‘Real’s small’. Pogba is growing day by day, but he still has to learn, because only his 23 years and is located in the most dangerous period that can be easily turned to the situation. “

At the end of the Italian expert commented on the situation around Francesco Totti and possible retirement icons Rome. “Forgiveness is a ritual every great football player, every great artist, who has to happen. There is a sacrifice that you have to apply if you retire at the peak of glory, as they did Mina (Italian singer) and Platini in football. Withdrawal is difficult when you’re not at the top but the best quality is to find the strength to do it. Every epoch has its own burden, and the choice is a personal matter for the individual. I interrupted my career when the terrain looked like the airport, ” he concluded Alegre