Jumbo Joker, the Betsoft slot full of fruit and joker

Jumbo Joker, the Betsoft slot full of fruit and joker 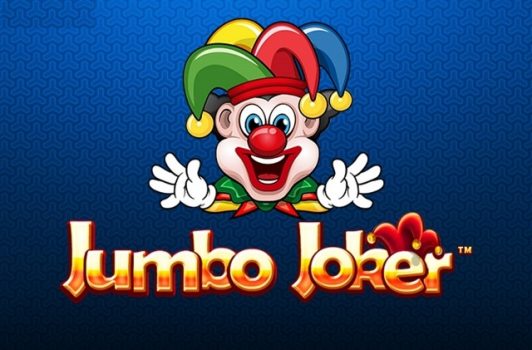 After the popular exits of Fa-Fa Twins and Blood Eternal, Betsoft is about to release a new title whose theme and gameplay are very different from the usual 3D slots of the developer. Indeed, it has prepared Jumbo Joker, a simple slot machine that takes the codes of the classic penguin bandits while drawing on a feature offered to Yggdrasil Gaming. All the details about the magazine!

A simple but dynamic slot

Jumbo Joker is a slot machine that should be released in the next few days / weeks at Betsoft Gaming online casinos. As said above, the game takes the visual codes of slot machines “of yesteryear” that is to say that you will find the fruity symbols of cherries, watermelons and other lemons, while discovering the jokers, these joyous characters synonymous with wealth in casino games.

The first special feature of Jumbo Joker is that you have access to two roll structures. By launching the game, you will have access to the rollers below that offer five paylines. When you generate a gain on a spin, the gains will be transferred to the top rolls. This is the principle of the Jumbo Meter.

If you are used to online casinos, this feature will be familiar to you because you have already found on some Yggdrasil Gaming slot machines, including Jokerizer.

The principle of Jumbo Meter is that the gains obtained at the bottom are playable at the top. If you win 100 on a spin, you can replay those 100 on the top reels (also five paylines), knowing that you can bet between 20 and 200 per spin. Once your meter has elapsed, you will go back on the lower rollers (until you make a winning spin, and so on).

Definitively inspired by Yggdrasil, Jumbo Joker also offers Mystery Wins, which can collect gains between 10 and 2,000 pieces. It takes three jokers lined up to find a Mystery Wins. As the name suggests, the mystery gain will be determined randomly. During the Jumbo Meter, if you bet 100 or 200 coins per spin, each joker found will earn you a Mystery Wins.

Jumbo Joker will be available soon on Betsoft online casinos and will be playable on PC and mobile. It is a favored choice for players who appreciate simple slots that recall the first live slots. Even the soundtrack gives you the impression of playing in a land-based casino.