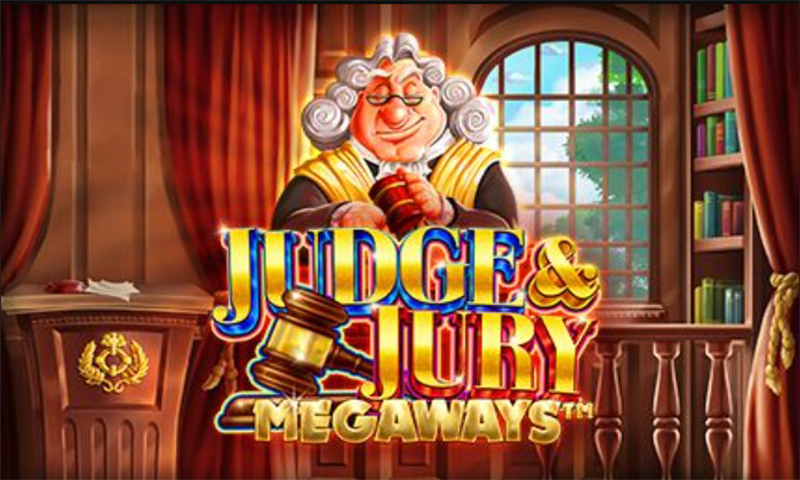 Software supplier Skywind has created a slot called Judge & Jury Megaways that attempts to capture some courtroom atmosphere on the reels. Skywind has loaded in a slew of features, including random wilds, symbol removals, cascades, free spins, progressive multipliers, an I.D. Parade, and Wanted Poster cash awards, to portray the veritable Gordian Knot of sophisticated legal loopholes and stipulations.

Judge & Jury’s game grid is made up of six vertically spinning reels and a single horizontal bonus reel at the top. Because this is a Megaways game, the quantity of symbols on the main reels changes with each spin, resulting in anything from 324 to 117,649 possible winning combinations. Players can represent themselves in court in a variety of ways, including playing in normal mode, where stakes range from 20p to £/€200 each spin, or turning on Double Chance, which increases the stake by 25% and doubles the chance of earning free spins. In any case, the game is fairly volatile (4/5) and offers a good return on investment.

To the payable now, where handcuffs, safes, robbers, cops, and judges are used as low pays and handcuffs, safes, robbers, cops, and judges are utilised as high pays. For the royals, landing a full six of a type winning manner pays 0.4-1x the bet, rising to 1.5-7.5x the stake for a premium win. Two wild sirens, one blue and the other red, can substitute for any of the pay symbols to assist complete a winning combination. The red wild is unique in that it appears on the top reel and spreads downwards to cover all locations on the reel underneath it when it hits.

If you’re looking for a slot with a lot of features, Judge & Jury Megaways might be the one for you. Skywind has crammed quite a few bonuses into this game. It begins with the standard cascades, which remove winning combinations from the board when they appear, allowing symbols to fall down to fill in the gaps. Another cascade is triggered if this results in the creation of a new winning path.

The judge isn’t just there to be tough and give his opinion. In the base game, he occasionally provides two random bonuses. For the first, on a non-winning spin, he can remove royal symbols from the reels, resulting in a cascade of solely non-royal symbols. The other bonus is the addition of 3-6 wild symbols to the reels at random.

On the right-hand side of each spin, a different wanted poster appears. Players get a cash payout of 2x, 5x, 10x, 100x, or 5,000x their bet if a matching poster symbol appears on the reels. The poster is withdrawn after the prize is paid, and a cascade happens in its place. Wanted Posters appear in both the regular and bonus games, but the progressive multiplier has no effect on them.

In the standard game, landing 4 scatters awards 10 free spins, plus 5 additional spins for each subsequent scatter in view, for a total of 20 free spins. Each win increases the progressive multiplier by +1 during free spins before new symbols fall down.

Judge & Jury Megaways takes place in a setting that seems like a cross between a courtroom and a judge’s office, with all those books stacked on shelves in the upper right quadrant. On the opposite side of the reels, a judge hangs out, pounding his gavel and doing judge-y things to intensify the atmosphere. Crime slots are popular, so kudos to Skywind for giving the genre a new lease on life by doing something unique with it.

Skywind has gone all out with the features, with many of them finding their way into Judge & Jury Megaways. There is never a dull moment in this game, from the base game randoms to the free spins round with a progressive multiplier and I.D. Parade pick ‘n clicks to the worldwide Wanted Posters system. Judge & Jury Megaways is a game worth checking out if you want a lot of extras.