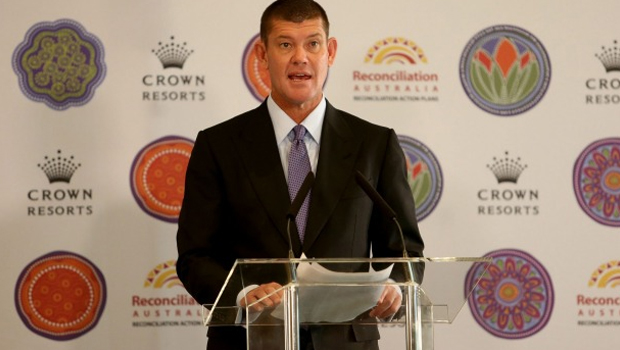 Casino mogul James Packer has been courting cashed-up buy-out firms and sovereign wealth funds to see if he can raise part of the estimated $5 billion or more he would need to privatise his sprawling business empire.

The talks, which have taken place in recent weeks, explored funding options with potential co-investors to buy all or some of Crown Resorts’ assets. Sources indicated to The Australian Financial Review that a deal to buy the $8.6 billion company and cancel its sharemarket listing is not imminent. The Financial Review was told global private equity giant TPG was approached but is not involved.

As part of any deal Crown has mulled a potential spin-out of its property assets to a separate vehicle, to cash in on the real estate value of its flagship casinos on Melbourne’s South Bank and in Perth on the banks of the Swan River. This is a tactic that private equity firm TPG used with department store Myer and chicken farmer Ingham’s Enterprises.

Any privatisation plan that is being hatched up was not discussed when Mr Packer dialled into the monthly Crown board meeting on Wednesday from the United States, where he now spends a lot of his time, a source said.

The Packer family is famous for preferring its business dealings to remain behind closed doors and there have long been suggestions that Mr Packer might take Crown private. Mr Packer’s father, the late Kerry Packer, once famously said his motto was “never complain, never explain”.

He has tapped investment bank UBS, run in Australia by longtime friend and adviser Matthew Grounds, to advise Consolidated Press Holdings in the talks. Crown is working with Deutsche Bank.

Crown shareholder Arnhem Investment Management said the prospect of Mr Packer privatising the casino operator made “perfect sense” because its shares are vastly undervalued. A Chinese government crackdown on corruption has hit gambling revenue in Macau, where Crown has an interest through subsidiary Melco Crown, while weak spending has hurt Crown’s Melbourne and Perth casinos.

Shares on the rise

Arnhem partner Theo Mass said even at those prices Crown’s casino empire is undervalued. He said its shares should be trading at a minimum of $15.

“It makes perfect sense in my view,” Mr Maas said. “However you slice and dice it, it seems the market is giving a big discount on the assets Packer has collected over the years. There is more value than the market is giving them. So there is a real disconnect there which is hard to ignore.”

Mr Packer’s acquisition in November of a further 3 per cent stake in Crown may have been a first step to consolidating his hold on the Melbourne-based company.

“I’m really surprised by how the market has taken it today because we’ve seen variations on this idea for such a long time,” said Mr Maas. “Having said that when Packer crept to 53 per cent, there were conspiracy theories.”

Mr Packer remains a director but is less focused on day-to-day casino operations and instead has been pursuing deals and new opportunities, such as the Las Vegas casino Crown is building with former Wynn Resorts executive Andrew Pascal.