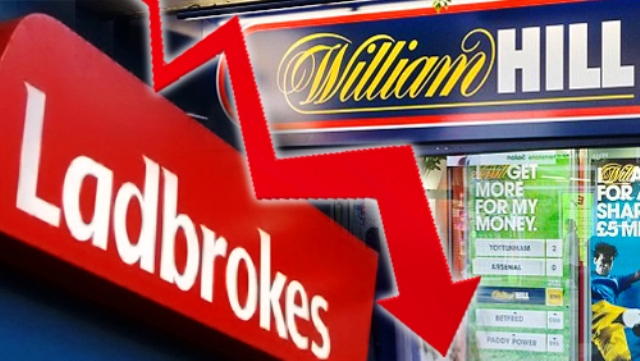 After thinking for over a year about the next maximum limit for Fixed Odds Betting Terminals (FOBTs) in Britain, the government has delivered its verdict by announcing the worst scenario for bookmakers: players will soon be able to bet only £2 per shot, instead of £100 previously.

That they reassure themselves that said, this change should not be put in place before 2020.

It’s a dark day for the British bookmakers but a much more festive day for the associations of protection of the players. FOBTs betting limits have been decried for years, causing some players to suffer phenomenal losses on short sessions. According to the Guardian, a player said he lost £13,777 in just seven hours.

In the face of all the problems generated, the government was forced to take an interest in this issue and lower the maximum limits, which were then set at £100 per stroke.

The bookmakers had alerted the government that a drastic drop could jeopardize the gambling industry as a whole. FOBTs are indeed big sources of money for the gambling firm.

According to these bookmakers, the decline should not go below £20 but the government has decided, to general surprise, to adopt the most significant drop of up to £2 per shot. This drastic drop will have an effect on players, who will have more trouble losing their shirt in one session but also on the bookmakers who will have to spend the millions generated annually by the FOBTs.

There are more than 33,000 FOBTs in Britain, distributed in betting shops run by the most prominent bookmakers (William Hill, Ladbrokes or Paddy Power). The decline in maximum bets will represent a significant drop in turnover for these bookmakers.

“It’s a decision that is going to have effects well beyond the betting shops. We estimate that more than 4,000 betting shops will close and 21,000 colleagues will lose their jobs. Said the British Bookmakers Association.

A firm like William Hill estimates that it will lose about £100 million a year and GVC Holdings nearly £120 million.