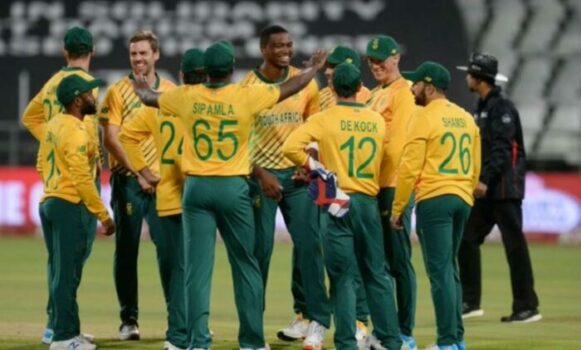 After the end of the one-day series now, the time is to change the angle of the game. According to the demanding schedule of ICC, it will be the last series of short formate between the two teams. Ireland is still hunger to break the silence in T20 format. Head-to-head results showed that they have never won any game in the past. If they do better now, then the new history can perform. Be ready to face any mishap or dangerous outcome by any team.

No one can forget the outstanding innings of K O’brien many times versus England and others. Let’s see what is going to happen in the critical game. You have to ready always for any result. In the short formate of cricket, only five overs are required to get the right task and momentum. If we talk about the strength of the teams, then the South African team has consisted of all the dangerous players in the groups. They can win the game with a single hand. In the history of cricket, the South African side only failed in the pressure game.

No doubt, Ireland still has the advantage of home grounds and conditions after the end of the one-day series. All the viewers are sending some change in the results. We failed to get any number in favor of Ireland. But I think most Irish players still hunger to break the silence on the table. Do not take any risk if you do not have any appropriate information in the past. A typical lay and so-called expert of cricket may create a lot of problems for you. Let’s see which team is going to perform better than the other ones.

Cricket is a different game to others in the way. If a single play remains on the crease for 40 minutes, then he can pick the result in his favor. K Obrien and some top-order players are the only hope of the Irish team. On the other hand, the South African side has added all the dangerous players in the squads after knowing the reality. No doubt, bowling is the central department at any time. Spin bowlers may get slower the run rate of any team. Here are the final arguments about the best team.

After reading all the detailed information, it is not a big deal to announce the day’s winner. South African teams are still favorite versus the lower performing team. David Miller and his fellows are hunger to achieve at the crucial stage of cricket. Indeed, they wanted to succeed before the critical games of the T20 World Cup. Let’s ready to face any mishap between the two major teams in cricket. You have to stay away from all the scammers on the internet. They want to snatch your precious facts and figures.