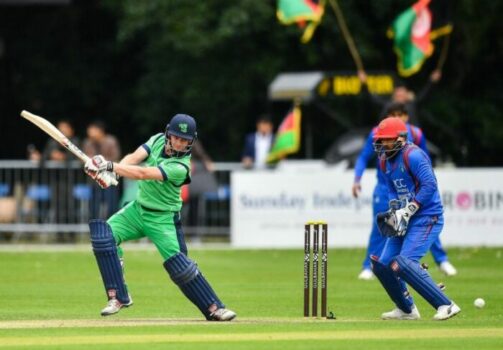 The match between Ireland and Afghanistan scheduled to play on 21st Jan21st Jan You know that the side of Ireland is in the United Arab Emirates and played a series versus the hosts. The home side played well in the 1st match and claimed a hefty win over the opposition. No doubt, the Paul Sterling played an outstanding inning in the start but failed to defend the small total of 269. On the other side, the prominent players like the Usman and Rohan played some beautiful short in the game.

If we look into Afghanistan’s side, most of the players are taking part in the different countries’ league. Moreover, they succeeded to post some runs and wickets on the board. The spinner of the AFG would be the backbone for them at a crucial time. We have also seen that they succeeded to put the pressure on the next side when needed. From the front, opener always provided an OK start, but lower-order remained the problem for them. If the attack bowlers picked the right spot initially, no one would stop to win the day.

It is good to talk about the best players on both sides. We are starting from Ireland, Paul Sterling and Kevin are ready to open the bat. You know that the Obrien did well in some high profile matches to win the game. He posted a great century versus England in 2011. Whereas, the bowlers also have the nerves to hold the pressure all the time. Bowling could be the issue for them rather than batting.

On the other hands, the Afghanistan team is full of experienced players. No one can forget the Rashid Khan, who has announced the top players for the last decade. Whereas, the Mujeeb Rehman is also getting wickets in the Big Bash League. Moreover, Muhammad Nabi and Asghar have a lot of experience to give an extra edge to the batting side. So, it would be an excellent match between the two teams.

I have collected all the data from the official sources to leave better views for you. You must have check all the information about the players in the past. You need to see the performance of prominent players, whether they are doing well or nor. Pick all the players from the playing XI and check the latest record.

Both the side faced each of time for five times since they picked the status of one day international. Afghanistan’s side remained undefeated in the two games; on the other hand, Ireland claimed three wins. So, there is just one match difference between two ones.

According to the experts and former players’ views and analysis, the Afghanistan side has more chance to win the match on 21st Jan21st Jan 2021.

I hope you viewed the above detail very keenly. All the data have taken from a reliable source. These two sides have just some change, but anyone can rattle the hope of others on the day. Afghanistan would be the best side because of having some prominent spinners in it. We are not sure that our prediction would be proved accurate always.