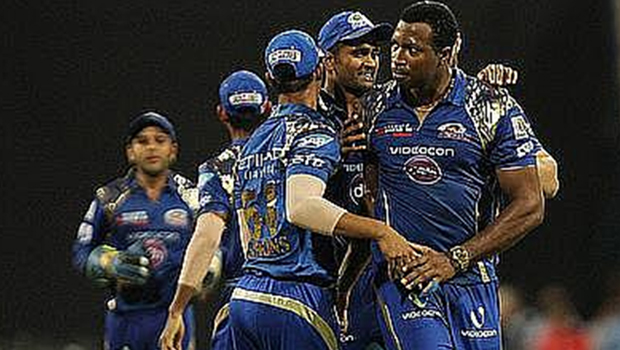 It’s almost time for the next dose of T20 cricket with the Indian Premier League 2016 getting underway tomorrow.

Mumbai Indians and Rising Pune Supergiants kick off this year’s tournament and much has changed since 2015, when Mumbai won their second title.

For a start, Chennai Super Kings and Rajasthan Royals have been suspended for two years so we welcome the Supergiants and Gujarat Lions as new teams. There was a player auction earlier in the year so many players have moved teams, which means there is plenty of uncertainty about what is to come over the next couple of months.

In T20 cricket, and the IPL in particular, it is always hard to make predictions although one strategy is to bank on consistent performers with in-form players. That is the approach the bookmakers have obviously taken by installing Royal Challengers Bangalore, Pune and Mumbai as the early favourites, but take a look here to find the top rated betting sites if you want to have a bet.

It is no surprise to see Bangalore favoured as they can call on T20 superstars Chris Gayle, Virat Kohl, AB de Villiers and Shane Watson and have plenty of Indian talent in their ranks as well. They are traditionally very strong at home as well. Will 2016 finally be the year they break their duck?

Two-time winners Mumbai also have a plethora of T20 match-winners to call on including Kieron Pollard, Rohit Sharma and Jos Buttler and as reigning champions will undoubtedly be hard to beat. However, Pollard is just returning from a long injury absence and Lasith Malinga could miss most of the tournament, so they aren’t quite at full strength just yet.

MS Dhoni led Chennai to victory in 2010 and 2011 and now captains the Pune team that includes Kevin Pietersen, Steve Smith and Ravichandran Ashwin. How quickly this new squad can gel will determine whether they are genuine title contenders or not. Dhoni’s leadership will also be a key factor.

Expect Kolkata Knight Riders to be there or thereabouts as well. Like Chennai and Mumbai, they are two-time winners and have an excellent record. Andre Russell has already won four T20 tournaments this year so will be looking for more glory and with Sunil Narine now available to bowl they are at full strength.

Delhi Daredevils have underwhelmed in recent years and they will be banking on WT20 final hero Carlos Brathwaite to give them a lift. They also have a number of young Indian players so getting the balance of their team right with a blend of youth and experience is a key challenge for the coaching team which now includes Paddy Upton and Rahul Dravid.

Suresh Raina is the leading run-scorer in IPL history and he leads the new Gujarat Lions team. Very much an unknown quantity, they have undoubted star quality in their ranks with James Faulkner, Dwayne Bravo, Aaron Finch, Ravindra Jadeja and Dale Steyn, for example. Much like Pune, their success will depend on how quickly they find a balanced line-up and come together as a team. If it clicks and they get off to a flier, they could just be dark horses, but to go well their Indian players will have to back up their overseas stars.