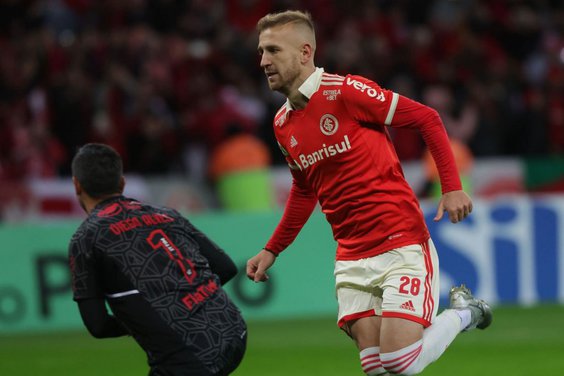 At the start of the 2022 Campeonato Brasileiro Serie A season on Monday at Estadio Beira-Rio, Internacional will play host to America Mineiro and attempt to maintain its perfect home record.

Internacional won the Round of 16 match against Colo-Colo 4-1 in the second leg on Tuesday, moving on 4-3 on aggregate. All it took was an early goal and the realization that there is no tomorrow for Internacional to rescue their Copa Sudamericana career.

In their last eight home games in Porto Alegre, Mano Menezes has witnessed his team consistently generate that caliber of performance in the attacking third.

Three players who have not scored domestically have contributed at least one assist, and five players who have scored several goals have helped his team to the third-most goals so far in this domestic campaign.

They had fallen behind within the first 20 minutes of each of their last three games, but in two of those games, they were able to come back and win.

In spite of being four points behind the league-leading Palmeiras going into matchday 16, Internacional has been performing considerably better than they should thus far in 2022.

They have already improved their record domestically from where they were after week 15 in 2021 by two wins over this point last season.

Mineiro Clube do Povo has won all four of their prior encounters with America in the Brasilian Serie A, outscoring them 12-4 in those games.

The fact that they have gone three straight games in all competitions without conceding leaves Vagner Mancini with no cause for concern over their technical proficiency on the back end.

On the other hand, his team hasn’t scored in their last three domestic games and hasn’t been able to penetrate opponent defenses on the road.

They frequently operate in the low 70 to high 60 percent area of pass accuracy, which can partially explain why they have found it difficult to score away from home. They appear to struggle to create any type of rhythm in their build-up.

Since Internacional is adept at locating those tight spaces on their home ground and appears to enjoy scoring in front of their supporters, the numbers speak for themselves and demonstrate that Coelho is unable to keep up with a team of this caliber.