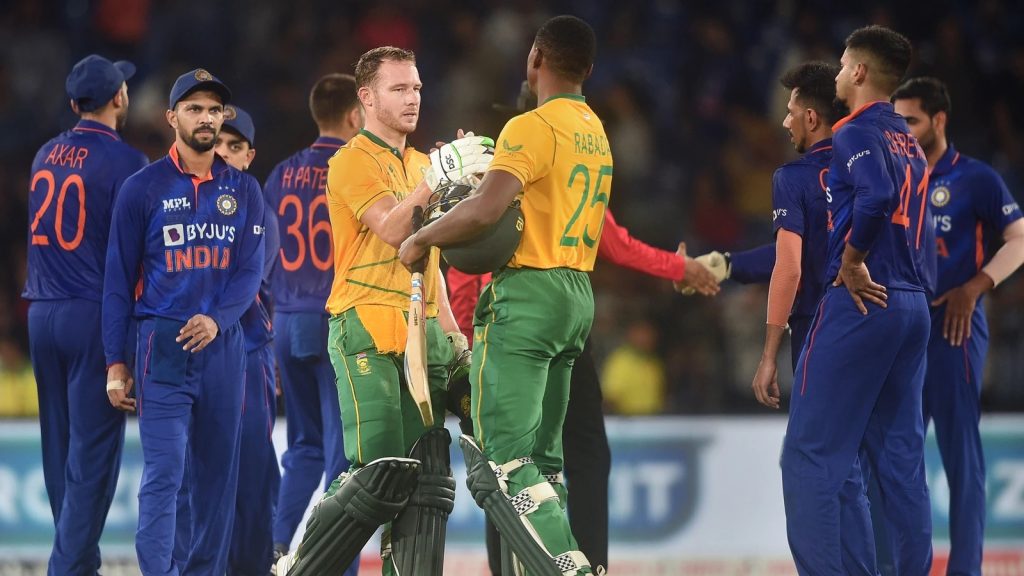 It is the most important game for South Africa. They are here to practice for ICC T20 World Cup 2022. All the major players failed in the 1st game of the series. They have another chance to prove well in this game. According to predictions, the Indian side is a better one. The betting review has consisted of the latest performance, squads, odds, tips, predictions, scores in the last games, wickets of best players, and a summary of recent matches. After getting all information, you will be able to make predictions. I will try my best to create the best assistance for you.

In the first game of the series, the Indian side won the toss and decided to bowl first. They took the advantage of the green pitch. All the major 5 players left the crease on just 32 scores. Arshadeep and Deepak Chahar break the silence for India. They created a lot of trouble for South Africa at the start of the day. That is the reason, South Africa posted only 108 runs in a given time.

Markram, Rabada, and Parnell remained a little bit well in the middle of the game. Markram added 25 crucial runs at the start of innings. Moreover, Parnell and Rabad made a good partnership in the middle of the game. Read failed on 41 runs. On the other side, Parnell also left the crease on 25 runs. All these three players succeeded to cross the 100 figures on the board.

Arshadeep, Chahar, and Ashwin picked up all important wickets.

When the Indian team started to chase in the 2nd innings, Sharma and Kohli once again failed at the start of the innings. Nortje sent back these two major players. However, SKY created more threats than in the past. He played 2 sixes at the start of innings. All the pressure was removed over the India batting lineup. He and KL Rahul made a wonderful partnership in the middle of the game. That is the reason the Indian side succeeded to cross the 108 runs. It was one side game at the end of the day. Both players posted 50-plus scores as an individual. In the last, the Indian team remained undefeated

Both sides played each other 22 times. Indian teams remained unbeaten 13 times. On the other side, South Africa posted 8 wins. The remaining one game did not leave any result. So, the Indian side has more pressure on South Africa.

If you have read all the above data, then it is not a big deal to create predictions. However, Miller and Decock are two major players in South Africa. If they stay on the crease for the maximum time, then they can snatch the game from India. Otherwise, the Indian team is very strong ans solid as in the last game.