Posted on October 7, 2022 by Admin in Cricket, Uncategorized 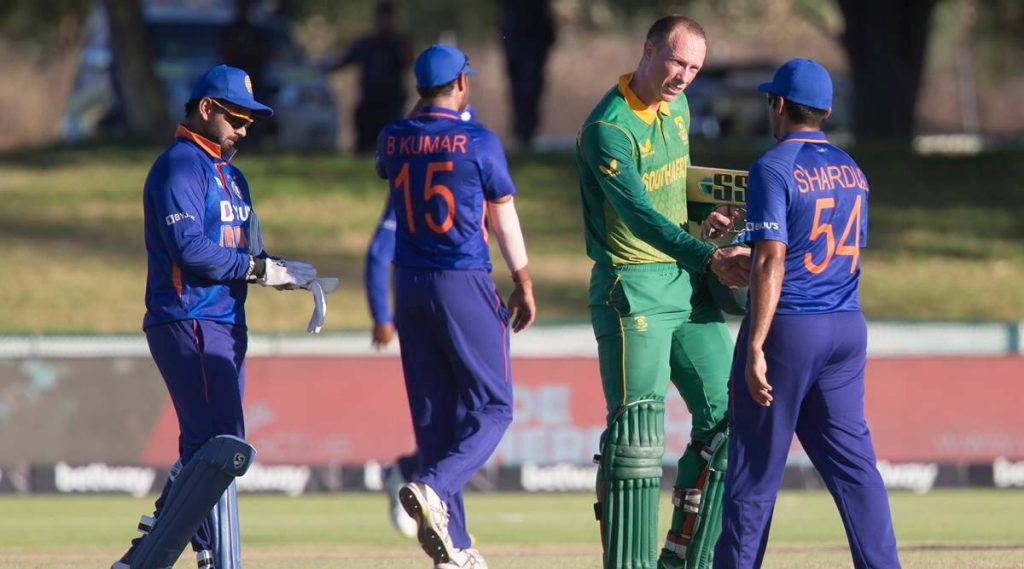 We have seen such a decent game between the two teams before a couple of days. The betting review has consisted of the latest performance, head-to-head, squads, odds, tops, predictions, statistics, and profiles of players. All the data have been taken according to the demand of users. After reading all the detail, you will be able to make predictions. If you still face any issues, then you can compare them to another spot.

In the 1st game, South Africa decided to bat first and posted 250 runs on the board all the players did well to add some crucial runs to the total. Janeman and De Kock started the innings. However, Janeman Milan left the crease on 22 runs. On the other side, De Kock also did well to score 48 runs for the team. However, the middle order failed to perform in the game. Henrich Klassen and David Miller performed well once again. These two players stayed on the crease for maximum time. That is the reason SA succeeded to make 250 runs.

It was not a big total in the 40 overs in front of expert Indian players. However, S Dhawan and Shubman Gill failed at the start of the game. That is the reason to face maximum pressure for middle order players. However, Shreyas Iyer and Sanju Samson did well in the middle overs. But, the run rate was too high. They tried their best to overcome faults in the game. In the end, all the players failed to chase the target. In a single over, three Indian batsmen were sent back to the pavilion by the Nigidi. They created additional pressure on the teams.

All the major players of South Africa succeeded to take all important wickets. Shamsi remained a costly bowler for South Africa. He gave 55 runs in the first 6 overs. Here is head to head and predictions of the teams. South Africa needed 30 runs in the last over. The same side made only 20 runs on 6 balls of Tabraiz Shamsi. In the end, the Indian team once again failed by 9 runs in 1st one game.

David Miller, Klasen, and Sanju Samson from India are the major player to show better results. They made 75.74 and 83 runs respectively. Here is more detail for you.

Both teams faced each other for one time in the series. The final result was 1-0 in the favor of South Africa.

If we see prediction results, then the Indian team gained a 60% chance to win. On the other hand, South Africa also conceded a 40% chance to win the game. Let’s see what is going to happen in this match.

I tried my best to leave useful information for you. If you still have any issues, then you can compare the official data from maximum matches. In the end, the Indian side still has a chance to win the game. No matter, they failed in the 1st game of the series. It is a deciding game.