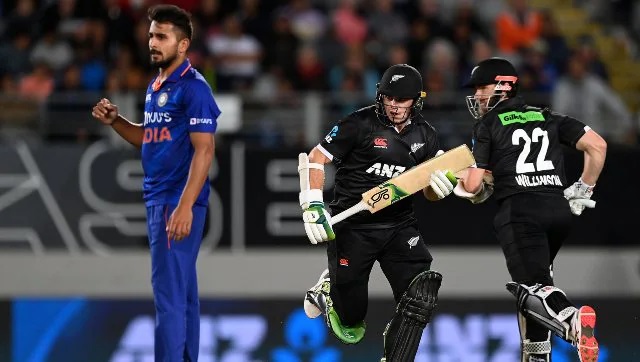 Both teams remained undefeated in the last series of one-day games. The review has consisted of the latest performance, head-to-head, squads, odds, tips, predictions, and scores of players and teams. After getting all the data, you will be able to make predictions. Do not forget to take risks in betting. I will try my best to leave useful information for you. If you face any issues, then you can take and compare more data. Here is the complete detail of the teams.

I have seen that India played Sri Lanka in three games of the day series. They won the game by a maximum margin. No doubt, the guest did well in the 1st game of the series. After that Indian side bounced back with a good effort to remain well. We have seen that V Kohli posted 2 back to back centuries. On the other side, Muhammad Siraj remained the star of the last game. He picked up all the important wickets. That is the reason to win the game by a maximum margin.

On the other side, New Zealand also failed in just one game of the series. they did well in the last couple of games verses Pakistan to take place in the 3rd game. Yes, the entire side created the best performance in the last and final game. Glen Philip snatched the game from the hands of Pakistan in the last moments. He smashed the ball to all sides of the ground. So, they achieved the maximum target in the game. No doubt, Pakistani players also created some chances for them. We can not forget the bowling of New Zealand in the days series. They have smart players in this area.

Both sides faced 113 times in the one-day games. The Indian side remained well for 50 times. On the other side, New Zealand also remained well 55 times. The remaining 8 minutes did not take any side. Here are the predictions of teams.

If we see predictions, then India has a 70% chance to win the game. On the other side, New Zealand also gained a 30% chance to win. We do not have any chance to draw the match.

I have seen that there are many players on the side to make a change in the game. Yes, Kohli, Sharma, Muhammad Siraj, Pandya, and Iyer are the stronger ones to create a lot of changes for another side.

If we see the batting and bowling and batting line up of New Zealand, then Kane Williamson, Latham. Mitchell, Philip, and Bracewell are ready to perform. On the other side, Southee, Santner, Mitchell, Henry, and Lockie can change the side of the game.

I tried my best to leave useful information for you. If you face any issues, then you can take and compare more data. Do not forget to take risks in betting. All the data have been taken from official sources. In the end, I would like to ask you to choose India as a better.