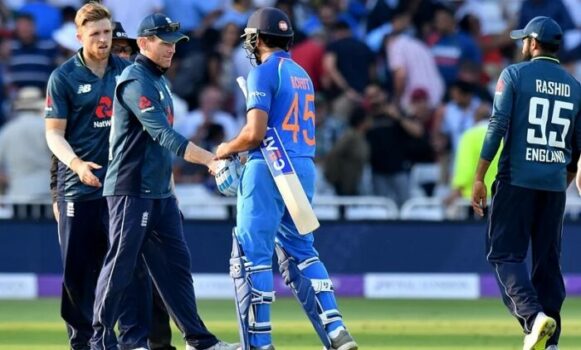 The 2nd match between India and England is scheduled to play on 26th March. Like the 1st one day of the international, this match is also a day-night. I think you have picked the information for the last one day international. S Dhawan opened the bat of Rohit Sharma to produce a good start as an opener. No doubt, all the leading players of the Indian team took part well to post the 317 total on the board. I am here to provide all the essential information for views so that they may be able to make their predictions by knowing the head to head result and preview also So, and we are starting the task with the preview of teams.

We have seen that the England team won the toss and asked the Indian team to bat first. Some of the experts said that it is the major fault of the skipper of England. Moreover, the England bowlers failed to give the initial start to the team. The openers of Indian settled very well to make runs with a fast speed. Shikhar Dhawan made 98 runs, but unfortunately, he failed to make a tremendous 100 without having two more runs. They must think about new facts and figures to leave better results. Marwood took two wickets, and the other one bowler claimed three wickets also. These are the essential details for the 1st inning of England. Virat Kohli, K Pandya and KL Rahul also posted the fifties to the total Indian side.

On the other hand, the England team started to chase dangerously. Jason Roy and Jhony Bairstow made the runs with almost 11 runs per over. The wickets of the England team fell at 135 runs. After that, no one stayed on the pitch for a long time. J Bairstow posted 94 runs for home. His innings played a vital role on the England side. After his wickets, all the batsmen went back within no time. Eion Morgan, Sam Billings and Moeen Also failed to show some superior performance. No doubt, in the middle overs, the Indian bowlers tried their best to stop the run rain from climbing. Some of the attack bowlers wasted too many runs, but finally, they overcame. Here are the betting odds & Tips

Everyone has their method of writing the odds and tips. According to my experience, you have to gather all the data of players, teams, grounds, head to head results, and injuries to find the best odds and tips. I want to ask you to make your prediction rather than take help from others.

If you want to know my experience’s views, the Indian team will easily win the match on 26th March. Only a miracle can change the result of a team. All the Indian spinners and prominent batters are getting the real advantage of home and ground conditions.

You can make your predictions and expectations about the upcoming moments of the game. All the former players like M Vaughn and Wasim Jaffer said that the Indian team would win all 3 one day international games. But, in cricket, anything can happen at any time. So, I would like to ask you to pick the former bookies rather than the new ones. Moreover, it would be best to stay away from all the scammers on the internet. Their purpose is to steal your accurate information by using hidden payment methods.