Posted on October 30, 2014 by Admin in Inaugural world Tennis, Tennis 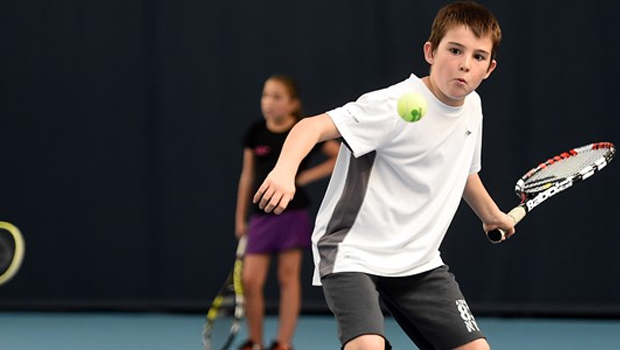 Next year proves to be one amazing year for Nottingham town as the city plays host to an internationally memorable event. The British city has been offered with an opportunity to host this deaf world Deaf Tennis tournament for the first time in the globe mid 2015.

The first timer event will involve the cream of the cropped deaf participants. It is scheduled to be held at the Nottingham Tennis Centre. In a span of a week, from July 20th to July 27th, these privileged deaf players will push themselves to their limit in attempt to fight it to the top price and be crowned the champion. This event comes barely a week after the conclusion of the 26th British Open Wheelchair Tennis Championships.

The event was to involve both men and women but later official claimed that it would be no use to deter junior participants who claim to have a talent to dispose to the world. And due to this reason, the official decided to incorporate an event by the name World Youth Championships for young players to be held simultaneously with the senior event.

The Executive Director of the Tennis Foundation, Geoff Newton claimed that it with his much pleasure that the event will be hosted by one of the welcoming cities ; Nottingham. It will take place at the Nottingham Tennis Centre where the facility has no doubt to be in good shape as always. He added that the choice of the facility has no doubt being the reason that it has hosted a number of exceedingly flourishing tennis events for the disabled for quite some years now.

Councilor Dave Trimble the Nottingham City Council’s Portfolio Holder for Culture and Leisure claimed that he was pleased to be guaranteed this opportunity of a lifetime where his city will be the host of this major event; the Deaf World Tennis Tournament. He also boosts the fact that his city has been outstanding all through when it came to the hosting of events for the disabled as per the history.

He went ahead to add that the city will be focused to make this event a memorable to the whole globe as it has been doing in the past. This would build the name of the city strongly across the globe. He concluded that they looked forward to host the event next year as it will bring more excitement to all as well as laying a strong foundation to the Nottingham tennis.