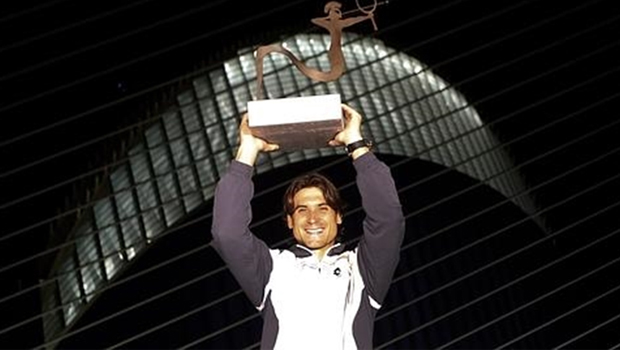 In the Agora, one of the great architectural landmarks of Valencia , and not be passed balls side by side on a network. The year 2015 has led to the dismissal of Valencia’s tennis elite after announcing Juan Carlos Ferrero, director of the Open, the tournament will not be held in the city to the default by the Generalitat of the amounts agreed in the last two editions.

The economic crisis in Spain, and the reduction of the institutional sponsors and the tournament dedicated themselves to reduce this year’s Open category 500 to 250 , after an exchange with the Vienna tournament so we can significantly reduce the costs of their organization.

To these problems is added the refusal of the assignment to the organization Agora building to house the center court tournament, arguing safety problems, forcing the assembly of a large tent, that regardless of halving the capacity, left the tournament without their great icon and increased expenses under this heading.

Given this situation and accumulated over the years by the organization at the conclusion of this year’s losses were announced that the tournament would no longer be played in Valencia .

A lack of official confirmation, tournament owners sold the rights to a Belgian city not yet materialized .

The tournament was first played in 1995 in Valencia, he moved to Marbella in 1996 and 1997, and then to Mallorca until it was acquired in 2003 by Juan Carlos Ferrero .

Of that year and the following five editions were held in the Valencia Tennis Club on clay and category 250 .

Ferrero, who in that year was world number one, won the first edition, but later I never had much luck in his match, setting you chose in 2012 to withdraw from professional tennis .

Valencia also marked the first major title by then young players like Fernando Verdasco, Nicolas Almagro and Marcel Granollers, besides being a must for most of the ‘Spanish Armada’ for more than a decade appointment .

David Ferrer has won the tournament three times Valencia, two of them in the Agora with the Open category 500

David Ferrer has won the tournament three times Valencia, two of them in the category of Agora Open 500 – AFP

They passed by the Valencian clay tennis players of the caliber of a very young Rafa Nadal , or some already established as Marat Safin, Gustavo Kuerten, Nikolay Davydenko, Fernando Gonzalez and Gaston Gaudio, among others.

In 2009, following changes in the calendar of ATP , Valencia managed to win a seat to host the tournament category 500 and moved the competition dates and stage.

This happened to be played in the iconic City of Arts and Sciences and became a tournament on indoor hard court .

Thus, it became one of the leaders in the 500 category , but told from the beginning with the problem of sharing the Basel week, which showed greater economic power.

This circumstance Valencia prevented the tournament have figures like Rafael Nadal, Novak Djokovic and Roger Federer, but despite this, Valencia told in his box with numerous top ten .

Furthermore, in this new phase it was the first title for one of the great figures of the tennis scene: the Scot Andy Murray , who repeated success in 2014.