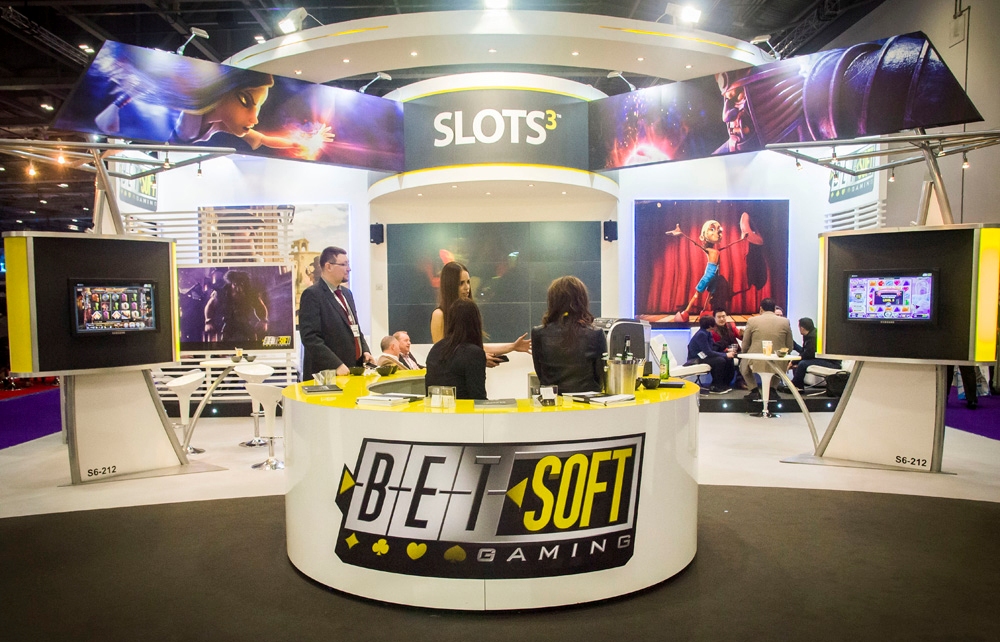 That says New Year, says launching new products among the great developers present in the online gaming world. The one whose fame is more to do, Betsoft Gaming, announced that, 2017 would be his year! Betsoft Gaming is expected in the last few months, especially concerning the handling of jackpot titles.

The game publisher, officially presenting its 3 new slot machines: Sin City Nights ™, Fa Fa Twins ™ and The SlotFather II ™. A golden opportunity for this flagship publisher in the online gaming market, which has not said its last word. Far from there! Zoom on these three new jewels.

Sin City Nights ™: In the Heart of Vegas’ Restless Nights

Already launched a few weeks ago, the festive virtual slot Sin City Nights ™, invites its players to discover the streets of the famous Vegas during a night of debauchery! Queen of the capitals of gambling, the reputation of Las Vegas is not to be redone, the tone of this new slot machine is given! Sin City Nights ™ takes us to the other side of the Atlantic and makes us spend nights of madness, as the name suggests!

The SlotFather II ™: the universe of the mafia returns to the gallop

The second most anticipated slot, this second slot is certainly the star of Betsoft in 2017. The SlotFather ™ had indeed met a great success with the players, and this, from its launch. That is why, the release of this second edition is much awaited and arouses much interest. Instinctive fan of Coppola, Al Pacino and the Corleone family? You will not be disappointed by this descent into the world of the mafia and the gangsters, reminding us strongly of the very popular film The Godfather. Besides to announce the color and strike hard, the publisher Betsoft did not hesitate to play the game thoroughly by personalizing its stand thanks to a decoration mixing criminals and bandits. This second opus, offering its players, a quality image close to excellence, promises so many twists! We told you, Betsoft has not finished surprising us!

The world of gangsters and brutes, very little for you? The Swedish publisher adapts to all his players by offering them different game environments, always more attractive than the others. This is exactly the case with this third slot machine, full of tenderness and malice. Japanese-inspired, this slot incorporates a synchronized game of rolls and over 243 paylines. So there are 243 ways to win! A new machine perfect to give pleasure to players, offering them the opportunity to win beautiful sums. In the colors marked red and gold, Fa Fa Twins ™ should be one of the favorite news of Betsoft. To be tested as soon as possible!

The year 2017 promises to be a promising one for Betsoft, the great Swedish specialist in 3D slot machines, which has surprised us all. From Vegas to Tokyo, via New York, Betsoft makes us travel in a few clicks and we love it!