ICE Totally Gaming 2017 is about to happen

ICE Totally Gaming 2017 is about to happen

Posted on February 6, 2017 by Admin in Gambling 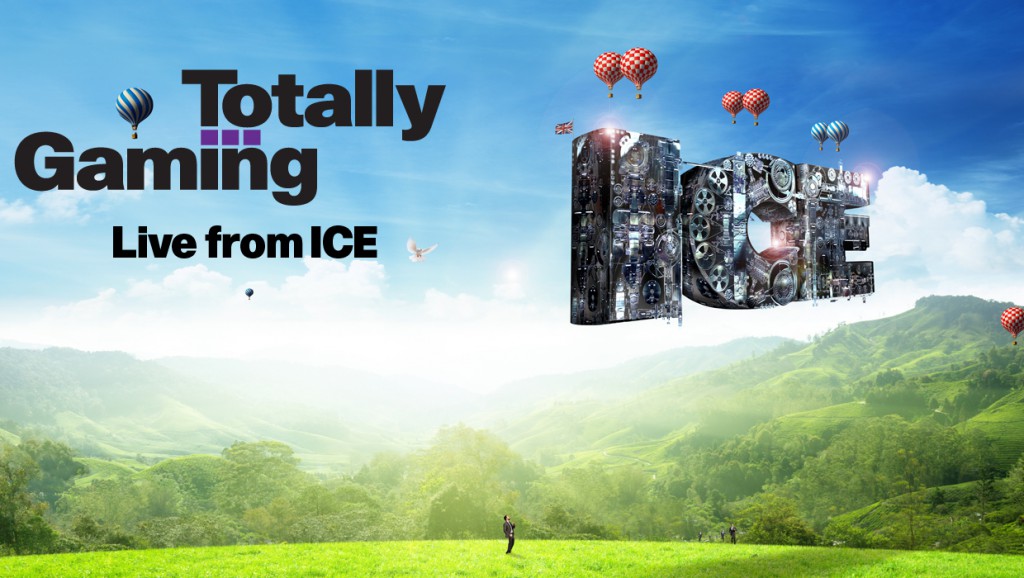 The ICE Totally Gaming 2017 in London is about to be launched and promises many innovations and a march of the well-known figures in the industry. There everything that has rank and name meets and presents itself to a broad public. O for online gaming or for land-based casinos and gambling halls, many novelties find their space there and can be admired by the public. Finally, the ICE Totally Gaming 2017 in London is not only a trade fair for industry insiders, but also for a very normal audience who is interested in the gambling and its novelties.

On February 7, 2017, the ICE Totally Gaming 2017 starts in London. Everyone has the pleasure to be part of it and get a taste of the new products of the game providers and let the innovations of the industry melt on the tongue. Finally, this year again some innovations will be launched, which may interest many people. And, of course, the big names are also represented at the ICE Totally Gaming in London, where you can already sniff a bit of the future air.

Evolution Gaming has already announced that it will be able to access the presentation box at the ICE. The software developer, who is mainly known for live dealer games in online casinos, will also show great innovations at the ICE. Two new products from the evolution gaming portfolio will be shown at the ICE, and the company will once again demonstrate a great deal with the Baccarat Control Squeeze. There will also be new convergence solutions. For this, Evolution Gaming will also show new and exclusive live casino content, which was developed together with the partner Scientific Games. Of course, it is also clear that Scientific Games is also present at the ICE and presents the latest products. This is where new technologies will be shown, which not only outline normal gaming, but also lottery applications. For the game lottery experience, Scientific Games can also be seen internationally.

Edict Gaming and other companies are also at the start

The ICE invites the elite and the big companies also follow this reputation. The Gauselmann subsidiary Edict is also part of the show, which naturally has the presentation space at the Gauselmann booth. Visitors can get information about the latest mobile app and try them out right away. In addition, the new HTML5 slots from Merkur are also present and can of course be tested already. Even for players, the ICE is always a great experience. At Betsoft, the ICE Totally Gaming 2017 is all about the slotfather slots, which can also be tried out at the Betsoft stand. In addition, new games like Fa Fa Twins and Sin City Nights will be shown alongside other innovations.

Every Matrix is ​​also on the ICE and would like to bring new things in the iGaming area to the people. After all, such a trade fair is always a kind of contact exchange to make new contacts and perhaps even to conclude new contracts. For these reasons, Pragmatic Play will also be back in London this year. The new video slot Queen of Gold will be made public there and there are also glimpses of the future Slot Gods of Atlantis. And this preview is only available exclusively for the visitors of the ICE, which are at the booth of Pragmatic Play. Of course, there are other things that will be of interest to online casinos and other players of gambling.

There is also plenty for gambling and gambling

At ICE Totally Gaming, iGaming is of course the focus. But also operators of land-based casinos and playhouses can look at the latest from the newest and perhaps already acquire the new game machines for their own game center. Finally, for example, EGT and IGT are also represented at the fair, each with its own stand, of course. At Euro Games Technology, among other things, new interactive gaming solutions will be presented as well as the EGT casino management system. There are also new multiplayer games to marvel at and everything else that EGT has just added to the portfolio or is still being planned. There should be no new impressions at this booth.

IGT is also launching new gaming terminals and is also presenting other areas of the company at the ICE such as Lottery Solutions or betting and interactive games. The segment at IGT is finally unbroken, and visitors will also be able to experience it live in full.

Novomatic daughters are also there

At the ICE, Novomatic also has a large booth and presents itself not only with its parent company, but also with its subsidiaries. For example, Novomatic Lottery Solutions (NLS) will be showing the new solutions in the area of ​​lotteries and how more new technology can be improved. Finally, the NLS lottery system has been launched in many countries and even recently signed a large contract with the Estonian lotteries. For all lottery affine visitors, it is also worthwhile to look at this stand.

The Novomatic subsidiary Extreme Live Gaming is also present at the Novomatic booth, where of course the latest innovations in the field of live gaming will be presented. In the case of the live dealer games for online casinos, it is always very awesome, if these by innovations become even more realistic for the players and the casino feeling even more to the screen. This is where Extreme Live Gaming also works. Not for nothing, Extreme Live Gaming also brings the live dealer games for such well-known casinos as Cherry, Mr Green, LeoVegas and Betsson. And certainly the Novomatic subsidiary on the ICE will also try to bring even more casinos into the boat, in order to be able to expand even further.

There is something for every visitor

Who is still irresolute, whether he should deny the way to London, be said that it is definitely worth it. First-hand information, many innovations and news, as well as lots of fun there is for every visitor. Whether you’re looking for online casinos, lotteries, betting, gambling halls, or other gambling, at ICE Totally Gaming 2017, there’s something for everyone.