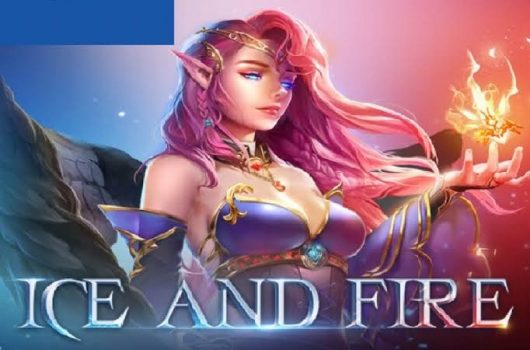 Get Ice and Fore Casino Slot Review with all the features, options, characteristics, betting & prizes range, conclusion and the related upcoming games. Review of the Ice and Fire Casino are available for the gambler, so that they became aware of this game to know all the work of it. Ice and Fire slot same settled to release in the January, 2020 and all the players are waiting of it.

This Casino game, Ice and Fire composed of theses hot features, High RTP, Modern Slot, good graphics, multi reel slot, 5 digit jackpot and the multi pay-lines for the users of it. The game is fantastic for the people who wanted to win huge money in short time in all over the world. Here is the more detail of the slot.

Features of the Ice and Fire Casino Slot

The Ice and Fire Casino Slot game make by the two authorities, Yggdrasil Gaming and the Dreamtech, which is included with the easy features for the gamblers. Having different layout than the previous upcoming games in January, 2020 with the 10 reel option of the users and design of the layout also impressed the players. Most of the features of this game added more interesting things into the mind of the gamblers.

The Return to Player is 96.64% and the payout crossed the 19,000X for the lover of the gamble. Multiplier also added more profit into the account of the users of the Ice and Fire game. The total reels of 10 divided by in 5,5 equally and each of them consisted of 60,60 pay-line for the players. All the interesting options of the game make it entirely different from the games which are related to it. Just day are left to open this game in all over the world and the players can play it by the help of the mobile phones at any corner of the world.

Choices in the Ice and Fire Slot Casino Game, January 2020

The game which is going to release in Jan 2020 has RTP of 96.64% with 10 reels. Having 120 pay-lines and has option to play with the mobile phone also. The betting range of the Ice and Fire is starting from 0.12 to 30 USD which too low and high also for the gamblers. There is no option for the progressive Jackpot in it. Maximum Jackpot is up to 19,139X which too impressive for the fantastic result of the game.

Limits of Betting and the amount of the Prizes, Ice and Fire Slot

The lower amount to invest on the Ice and Fire slot is just 0.12 cents and the maximum is up to the 30 USD. With the help of these amounts, you can spin the reels with the pairs to 120 lines. Due to this option, this game awards the players as the companies of the slot have the budget for it. The choices of the multiplier are the other feature which helped you to win the huge amount by playing it.

The RTP rate of the Ice and Fire is more than 95% which is the sign of heavy output as result in the prize which is too large than the other games related to previous and the coming in the 2020 year also.

Theme and Sketch of Ice and Fire Slot

The theme of the game amused the player with huge symbols of the Dragon Eggs, Book, and Royls which showed scatter, wild and the low value symbol which really inspired the tipster and the players also. The bookies also love to do work on this slot to get more and more profit. Fire side of the game composed of the fire queen, dragon, foxes, horses, magic orbs. On the other hand, ice side associated with the ice queen, ice dragon, white tiger, snow owl and the ring also.

There are 10 reels with the sets of 5, 5 and each consisted of 60 pay-line. Inspiring symbols brought new thinking when the pairs formed which leads to extra prize to the account of the gambler at the spot. If a player wanted extra spins then he needs to take the facility of the multiplier also to trigger a single spins for each fifteen spins with the addition of the 150 wilds.

It is an awesome game which looked different from the other and will get good response in the market of the casino in 2020 year. The gamblers will really amused by the features and the symbols used in it.