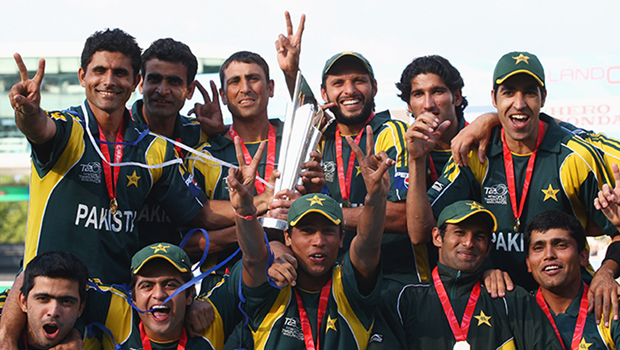 Jackpot bet online with reminder few years as the championship this year starts.

2007 or the year Mahendra Singh Dhoni became a cult figure

The inaugural World Twenty20 Championships will be remembered for a lot of reasons — the emergence of a brand new format of the game, the validation of the slam-bang style of cricket, a precursor to the IPL but the biggest will be the emergence of Mahendra Singh Dhoni.

The year was 2007; Indian cricket was going through a tough phase with an early exit at the 50-over World Cup in West Indies. India’s top three players, Sachin Tendulkar, Rahul Dravid and Sourav Ganguly, opted out of the Twenty20 World Championship, a format that the team had barely been exposed to. Subsequently, a long-haired Dhoni, with barely two years experience in international cricket, was given command of a rookie team. Nobody, not even the captain himself, had much expectations from the event held on the bouncy pitches of South Africa.

But the rest, as they say, is history.

India went on to become the first ever T20 Champions beating rivals Pakistan to win the thrilling final by five runs in a moment every Indian fan will remember – Misbah-ul-Haq playing the scoop off Joginder Sharma’s last over and finding Sreesanth at short fine-leg. Of course, Ravi Shastri was on hand in the commentary box to describe the big-moment.

There were several other moments to remember as well — Chris Gayle blasting 117 off 57 balls against hosts South Africa, Brett Lee’s hat-trick, India-Pakistan match in the group stage ending in a tie and resulting in a nail-biting bowl-out, Yuvraj Singh clobbering a hapless Stuart Broad for six sixes, the list goes on. Other major performers included Player of the Series Shahid Afridi’s all-round show, Matthew Hayden being the highest run-getter with 265 runs and Umar Gul being the highest wicket-taker with 13 wickets.

The first is indeed the most memorable.