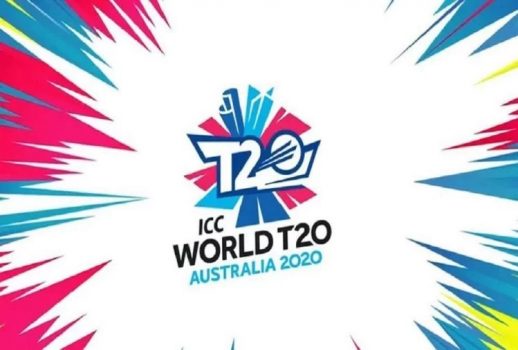 ICC T20 world cup 2020 will be played in Australia in 2020 for the first time. Australia will have the advantage to show something different than the previous of short format because they failed to hold the trophy of 20 overs match in all the previous mega titles. As all the spectator’s know that the pitches of the Australia are totally different from all the other countries because these pitches will help to the fast bowlers to get some extra pace from it. Here we will update some information about all the big players of short game from all over the world.

Spectators wanted to save time and do not have time to watch 50, 50 overs game for a day. T20 world cup started from 2008 which was won by the Team India, when they beat Pakistan in the final. Pakistan also have a title of 20 overs game which was scheduled at 2009. Pakistan trashed the Sri Lankan Tigers in the final where SL batted first and put 138 run on the board with the help of brilliant innings of the captain kumara Sangakara. Pakistan reached to the total very easily by the brilliant innings of Shahid Afridi who played well in the final and semi final also versus South Africa.

In 2010, T20 World cup final was played between the England vs Australia  where England created the history in 20 overs game by winning the title. Then the other huge event was played in 2014 where Sri Lanka became the first time Champion of T20 World Cup of 20,20 overs match after beating the West Indies in the final match.

Last T20 event leaved some horrible things in the minds of the England spectators while the West Indies posted and unbelievable victory in the history of the of cricket world cup. Twenty two runs were needed in last over for the West Indies and all hopes were ended. But cricket is a unbelievable game as anything happen in it at any time. Carlos Brathwiate  broke the silence in Indian ground and flitted the ball 4 times overs the boundary rope. Ben Stokes who was the bowler of last overs did not hold the nerves and provided some time to Brathwaite who is tall man.

All the teams have key players who have the power to change the situation of the match, here are the some big fishes of the team in the line of batting and bowling.

From Australia SPD Smith, Glenn Maxwell and David Warner with Aaron Finch are all the main players the kangroos side,  Mitchel Starc and Pat Cummins can broke the shackles also. On the other hand Australia also have the advantage of home crowd and grounds.

West Indies side included Gayle, Pollard, a t20 new captain, Evin Lewis and Andre Russell are the game changers. Pakistan also have the ability to lift the game at any time. Babar Azam, a new captain will be the focus in batting while Imad, Shadab and Zaman can contribute something. South African team failed to impress from last 2 year in any format, so their chances are too little than the others.  New Zealand side will be the big opponents of England and Australia in mega title. Kane Williamson, a smart cool captain, Martin Guptill, Jimmy Neesham and Trent Boult can broke the wishes of title of Australia in Australia.

England is another team which can bring and other smile on their spectators after winning the one day world cup because they have regular players of all the format of the team like batting and bowling. Alex Hales, Jason Roy, Jos Buttler, Eion Morgan (Captain) and the bowlers like Jofra Archer can demolish the opposite side.

Team India who have also good record in T20 in Asia, England, Dubai, South Africa. But, they always remained in trouble in Australian and New Zealand grounds due to the pace of the bowlers of that side. Virat, a run machine, Dhoni, a cool finsher, Rohit who always attacked from the front will have the chance to show them in Australia. B Kumar, Shami and R Jadeja are the other in good pipeline players.

According to the previous history of cricket, Australia always did well in its own ground because they have more information about it. Aussies players played well in the past and took not any pressure of the other side. New Zealand and England are the 2 other t20 sides in this 202 world cup which can hold the T20 world Cup but it is difficult to beat Kangroos in Australian ground.