How Successful has Pennsylvania Sports Betting Been in 2021

How Successful has Pennsylvania Sports Betting Been in 2021 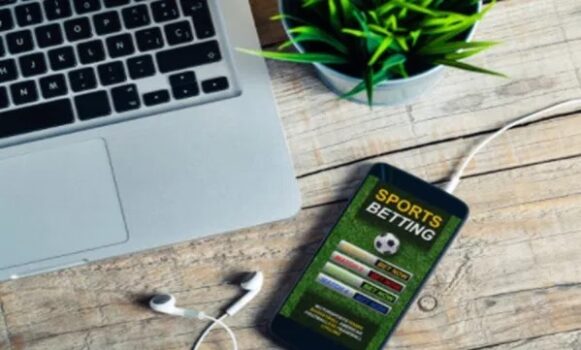 Unsurprisingly, the state of Pennsylvania was one of the first to legalise sports betting in the US, following the decision of the Supreme Court in May 2018 to strike down the controversial PAPSA legislation.

In fact, its state governor had legalised sports betting and online casino gambling by November 2018, while these verticals have gone from strength to strength ever since.

You can find the best online PA sportsbooks at online-gambling.com, but in this post, we’ll focus on the success of sports betting in the state and why Pennsylvania has proved to be such a natural home for this vertical.

Just How Successful has Sports Betting Been in PA?

Somewhat surprisingly, 2020 was a record-breaking year for sports betting in PA, despite the impact of the coronavirus pandemic and the cancellation of several events (and subsequent wagering markets) across the globe.

In fact, the total handle for sports betting in PA peaked at a staggering $3.58 billion last year, with this more than double the $1.49 billion taken in sports bets just 12 months previous.

Of course, this also delivered a seismic boost for the state tax revenue generated through sports betting. More specifically, the PA Treasury banked a cool $30.2 million in 2019, with this increasing to a staggering $81.3 million by the end of last year.

Clearly, Pennsylvania weathered the Covid-19 storm better than most states in the US, and indeed the majority of markets in other countries across the globe. This was also borne by consistently high monthly yields, with December offering a relevant case in point.

In fact, the final month of 2020 concluded a truly staggering year for PA, with sportsbooks in the region taking $548.6 million in wagers through December. This set a brand new state record, breaking the sum of $525.8 million that was only set two months earlier in October.

This translates into sports betting revenue of $45.3 million (dropping to $34.1 million in taxable revenue), which in turn produced a hefty $12.3 million for the state coffers as a whole in PA.

Even more impressively, this record was beaten once again in January 2021, when the total sports betting handle peaked beyond the $615.2 million mark.

So, although this number has decreased incrementally since, there’s no doubt that sports betting in PA remains a growing, lucrative and incredibly mature marketplace.

How Much Sports Betting is Done Online?

Nearly all of the $548.6 handle ($532.2 million to be precise) was wagered online, with this representing a staggering 97.6% of the total market share.

Sure, this number was slightly inflated by the impact of coronavirus and the closure of brick-and-mortar sports betting establishments, but even in normal circumstances, the mobile handle for PA typically hovers around the 90% mark.

If anything, the impact of Covid-19 will ensure that PA residents continue to wager more frequently online and on the move, which opens up a wider range of in-play markets and potentially increases the amount that players bet on a recurring basis.

This trend is also prevalent in locations such as New Jersey, which has always been a trail-blazer for online and mobile sports betting in the states.

What Sports are Popular Amongst PA Punters? 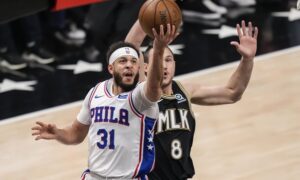 It’s also fair to say that PA is a natural hotbed of sports betting, thanks to a combination of more than 12 million people and some of the country’s most beloved sports teams.

Take the iconic Philadelphia 76ers, for example, which are based in Pennsylvania and one of the oldest franchises in the NBA.

The side have also won three NBA championships and produced some of the best basketball players in history: including Wilt Chamberlain, Charles Barkley and Allen Iverson.

So, although the 76ers last NBA title came in 1983 and the side lost in the Conference semi-finals to the Atlanta Hawks last year, the team retains a rich heritage and an army of dedicated followers (and punters!).

American Football is another hugely popular sport in PA, with two well-supported NFL sides currently plying their trade in the league.

These include the Pittsburgh Steelers and the Philadelphia Eagles, with the former side known across the globe thanks to their immense success during the 1970s. It was in this decade that the Steelers won four Super Bowl titles, having previously been the oldest franchise never to have won a championship.

They’re now tied with the New England Patriots for the most Super Bowl titles overall (six), so it’s little wonder that fans flock to bet on the team every single year!