How dismissal occurs in cricket?

How dismissal occurs in cricket?

Posted on January 27, 2015 by Admin in Cricket, How dismissal occurs in cricket? 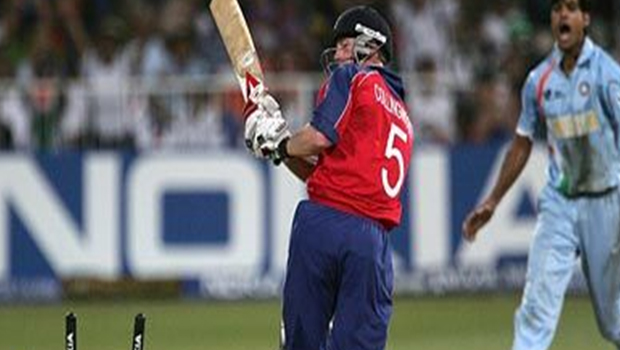 Cricket has batsman dismissal which occurs when fielding side takes a wicket or a wicket is losing by batting side. After that, the batsman need to discontinue his/her batting and permanently leaves the field except in the case of runner. Batting by a team is occurring by pair of batsman and at a time one batsman only dismissed. Dismissal of a batsman occurs in different number of ways such as bowled, leg before wicket, caught, run out, retired and stumped.

Handled the ball is the type of dismissal when the ball is handling by the batsman without bat contact. In test cricket history seven batsmen are dismissed due to handled the ball and in One day cricket history Mohinder Amarnath and Daryll Cullian are the two batsmen are dismissed by handled the ball. Leg before wicket (LBW) is a dismissal when the ball hits batsman persons any time and with umpire judgement the ball stopped by the batsmen not to hit the stumps then the batsman is declaring out by umpire. Run out, is occurs when a batsman hit a ball and trying to take a run but the stumps are hit by the fielder side before the batsman reaches the crease. Stumped occurs when the striker moves more away from crease to face the ball, but the ball moves to the wicket keeper then the wicket keeper removes the bails from the stump with the ball. Stumping occurs mostly in slow bowling or less in medium bowling, since wicket keeper stands behind directly the stumps. The main difference among run out and stumped is, any one in fielder side can make the batsman dismiss when he trying to take run but stumped is doing by wicket keeper when the batsman goes far away from the crease to play the ball.