How betting companies are taking over football team sponsorship

How betting companies are taking over football team sponsorship 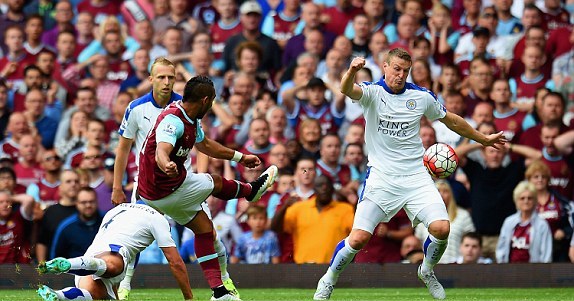 You can hardly name a country where football is not enjoyed. It is the most popular sport in the world and has an enormous audience of fans, followers, and players. Football is also most high-profitable sports and it is not a surprise that the big businesses want to be associated with it. Previously, the football players were coming to the field to play with T-shirts sponsored by airlines, car companies, sports brands, and similar businesses. But now the trend is changing and more and more football teams are wearing T-shirts sponsored by gambling companies. This is getting especially common in the United Kingdom where the country has one of the most lucrative domestic premier league, and at the same time has the most liberal online gambling laws in Europe.

The rise of gambling in the UK

British people are among the nations that appreciate and love football more than anyone and anything. But it is not the only reason why approximately 60 percent of premier league football teams are sponsored by the gambling companies. The rise and development of the online gambling sector is also a big factor there. Online casinos like novomatic casinos (you can read the whole review of novomatic on Slotsjudge.com) are one example of how casinos today are developing their service and brand themselves with modern games and new platforms to market themselves. For them sponsoring smaller football teams is the best way to have access to a big audience at a low cost.

At the same time, online gambling popularity is increasing on a daily basis in the UK. According to the Independent, about 370,000 children are gambling each week and overall statistics shows that over 2 million people in the UK are gambling on a regular basis. Therefore the connection between gambling and football in the UK comes almost natural.

There was no Premier League club, that had T-shirt sponsored by a bookmaker in 1998. The sponsorships were dominated by the UK and international electronic companies. However, now the competition is dominated by gambling companies. The first club that agreed to promote the gambling company was Fulham, that promoted Betfair in  2002. This was a turning point in both the gambling industry and in the Premier League. Since that date, more and more online casinos are willing to promote themselves and put their name on the club’s T-shirts. Out of 20 English Premier League teams, nine are sponsored by the betting firms: Bournemouth, Burnley, Crystal Palace, Everton, Fulham, Huddersfield, Newcastle United, West Ham, and Wolves.

However, there are more amongst Championship teams with betting shirt sponsors including Aston Villa, Bolton, Bristol City, Derby Country and more.

While the football teams are gladly promoting the gambling firms, and the gambling companies enjoy the benefits of being in the center of attention for 90 minutes when their sponsored team is playing, some find this disturbing. As the Guardian reported the link between gambling and football is worrying. As the article suggests the increased number of football clubs sponsored by before-mentioned companies is normalizing gambling especially among the young audience. The main concern of the experts is that there is a new generation in the UK that think you have to bet on a game to enjoy the football match.

Despite the concerns, the online gambling industry is rising in the UK and connects with the football more and people who enjoy both – football and responsible gambling do not have anything against it. It will not be unexpected to see more and more clubs with the new gambling company logos on their T-shirts.