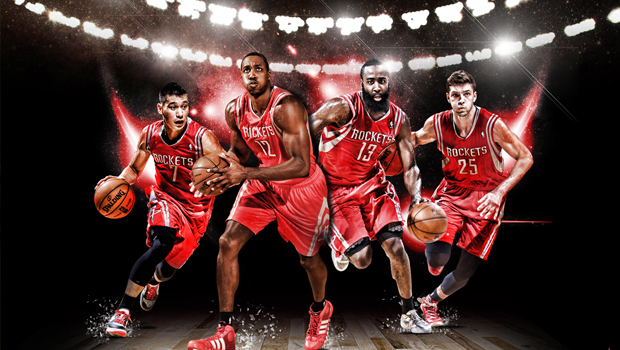 On the other hand Dwight Howard scored 21 points with 16 rebound and seven blocks, and Trevor Ariza had 13 points
The whole game was an initiative from the Sixers, and they led for most of the game. Unlike the Houston rockets relying on several players like Dwight Howard and Trevor Ariza, they got the team play and more attractive game on the field last night. The turnaround came in the last quarter where the rockets scored first five points and tied the result. The Sixers had not scored a single point in the first five minutes of the last quarter, which is unusual for the NBA. The last quarter was definitely the most interesting one to watch, because they were constantly changing the lead, and unfortunate for the Philadelphia Sixers, they gave away the ball in the key moment, where the Rockets scored five quick points and led the game 68-61. But the unluckiest player in the field gave some hopes to the Sixers with 5 quick points in the Rocket’s net, and got the result close again. At the final seconds of the game, while having an advantage of one point, Carter-Williams possessed the ball when going to the Huston’s field lost control of the boll, it bounced off his feet and out of the field. The ball was for Huston and for James Harden, where nine seconds on the clock managed to shoot and to win, while being off balance. Carter-Williams missed the last shot of the game and missed the opportunity to win it for his team.