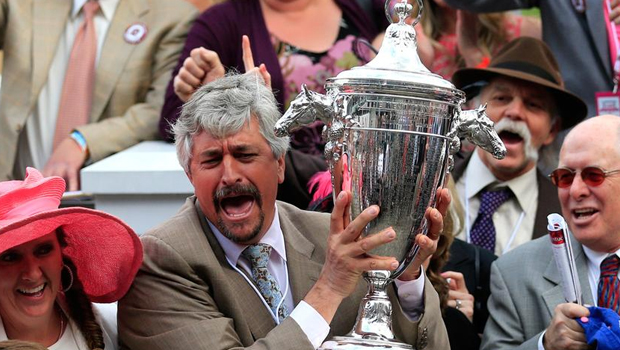 Another year passed by for Steve Asmussen and again he did not receive an invitation to the National Museum of Racing’s Hall of Fame. Guess like his video from last year server as a door closer – a video where he abuses and violates alleging horses that is against the law. Coach Steve Asmussen was not among the four candidates for the upcoming election about the Hall of Fame award nominated by the panel members.

The reason for this is the same one from last year when the coach Steve Asmussen made it to the finals and just before the election took place, the Ethical Treatment of Animals made the public aware of what the coach was doing in his spare time, and that is breaking the law by violation and abuse of horses, which was the key factor that Assmussen was eliminated from the competition in the finals in 2014 and not let to compete at all in 2015.

In his self-defense Steve Asmussen talks about the time that the nominations for the Hall of Fame take place, and the time that he will have to go to court and be fined for the actions that he did. It is the decision by the law that will punish for his actions that comes before the nominations for the hall of fame, so he asks for a little postponement from the organizers of the Hall of Fame, so that he will be able to participate in the event.

On the other hand, the response from the executive committee of the Hall of Fame museum answered with strict words, saying that Steve Asmussen like a coach possesses everything that a man needs to find himself in the Hall of Fame, but the actions and bad deeds that he has been doing in the last two years do not allow for that to happen. If it was for something less important or not so big punishment or action, they would have definitely contemplate about postponing the process of nominations for the Hall of Fame, but in this case, just like any other animal abuse and drug abuses, the Museum will not tolerate it. At this very moment Steve Asmussen does not deserve to be in the Hall of Fame as the dust that he has raised behind him with the actions last year is still foggy in the air.

When you look at the Steve Asmussen’s coach career it is quite well career with two Eclipse awards as outstanding trainer, he is one of the few that has that award twice, one in 2009 and one in 2010.

Don’t forget to check the online betting center at jackpot bet online and enjoy the articles there as well as the bet predictions. Place a bet for you can be one of the lucky winners of the jackpot along with the other good prices. We are waiting for you!