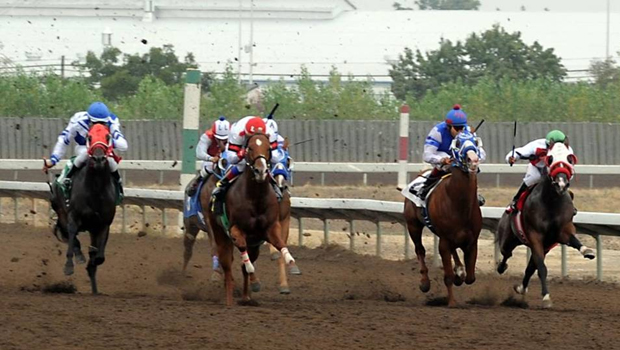 Horse racing at the San Joaquin County Fairgrounds, a tradition dating to the 1860s, came to an end Thursday.

The California Horse Racing Board voted 4-1 to shift the races to the Alameda County Fairgrounds in Pleasanton. The San Joaquin management supported the move because of declining attendance and high costs at the Stockton track.

People who like to watch and bet on the horses can still do it at the California State Fair in Sacramento, the Pleasanton site and the Big Fresno Fair. And the Turlock Turf Club at the Stanislaus County Fairground has a year-round schedule of televised races from around the country.

San Joaquin had scheduled racing between Sept. 21 and Oct. 4 this year, separate from the June 15-19 county fair. Thurday’s vote technically involved only this year, but leaders have said racing has become too much of a burden.

The move was opposed by Golden Gate Fields, a private track near Berkeley that aimed to add these dates to its schedule. The meeting happened to take place in the track’s Bayview Lounge, with live audio on the board’s website.

Board member Madeline Auerbach, the lone dissenter, said the move to Pleasanton needed more discussion by affected people in the industry.

The early fall races will be on top of those offered during the Alameda County Fair, from June 15 to July 4. The shift was requested by the California Authority of Racing Fairs.

WE LOST MONEY, AND OUR FAIR CANNOT STAND TO LOSE AGAIN.

The San Joaquin fair as a whole has struggled to make money, and it took a two-year hiatus before returning for 2016.

The racing industry is much reduced from its heyday at both private and fairground tracks. With San Joaquin gone, the only county fair races will be in Alameda, Sonoma, Humboldt, Fresno and Los Angeles counties.

Racing began at the San Joaquin fair during the Gold Rush era. Stockton’s track was the first in California to conduct modern parimutuel wagering in 1933. The fair was traditionally held in August before shifting to dates to mid-June in 1988.

Stockton typically was the first stop on the Northern California Fair Circuit. In 2003, the 10-day meet generated a record $16.95 million in on-site and off-track wagering, a 10 percent increase from the previous year. The field size increased by 14 percent that year and attendance was up 1 percent with a closing date crowd in excess of 7,000.

In 2011, CARF reported the San Joaquin County Fair’s on-track handle increased 16 percent with one less day of racing from the previous year. In recent years, the horse racing dates shifted to the fall without the county fair, and attendance has been dismal.

“It’s an old facility with a lot of maintenance issues,” Olds said. “We’ll make better use of the land. We’re using the grandstands for concerts and motor sports quite often, and we’ve had a proposal to put in a drag strip.”