Horse racing: Filly gets a chance in Hambletonian

Horse racing: Filly gets a chance in Hambletonian 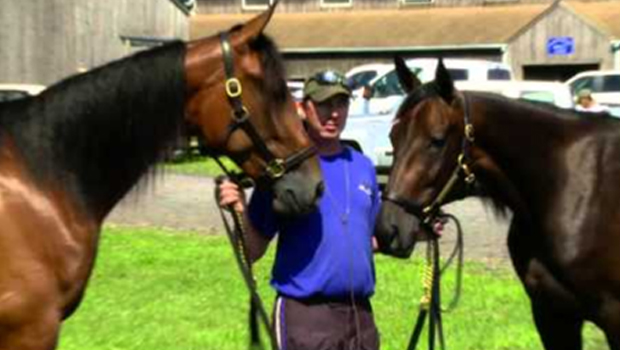 Indulging a filly in during the Hambletonian has been a great dilemma to trainer Ron Burke. However, despite fillies having a negative history during major races, he has decided to field his filly, Mission Brief at the event. Throughout the 89 Hambletonians that have taken place, a total of 160 fillies have taken the tracks. However, they have emerged victors in 13 occasions only.

Despite this bad history, Burke claims that his filly will take arms and maneuver through the 18 horses that will be present in the event. She will be up against several trainees of trainer and driver Jimmy Takter.

Oddsmaker rate Mission Brief favorite to win the second heat of the two with 6/5 odd. Top five winners in each heat will be involved in the finals later that day. The first heat comprises Pinkman, who is trained and driven by Takter and goes with 8/5 odd in the heat one.

Burke claimed that avoiding being pooled in the same group with Pinkman was the best thing for Mission Brief as she is in a position to triumph as far as possible.

Mission Brief who is brown in color and was the initial breed of first crop of 2009 Hambletonian winner Muscle Hill took the footsteps of his father and at the age of 2 years, she scooped various awards among them the $100,000 New Jersey Sire Stakes Final, the $352,050 Merrie Annabelle and the $500,000 Breeders Crown. At 3 years, she was hit by a back injury that kept her out for some time. On her return, she finished second during the $187,000 Del Miller Memorial. Later she would clinch the $185,000 Zweig Filly on July 26 at Vernon Downs.

A showdown race is expected in the final if both Mission brief and Pinkman make it through their respective heats. Each will be up to prove the other one as the dominant.

In other briefs, Spirit To Win who was claimed to be a favorite during the Hambletonian Oaks was met by his death on Monday in his training yard in Columbus in Burlington County. He collapsed and died instantly after an eight mile run. The cause of death is yet to be established.