His family is devastated

His family is devastated 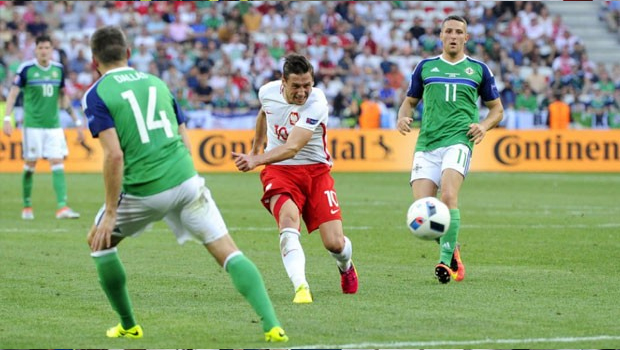 “Gentleman” this is how the 25-year-old fan from Northern Ireland who died after a fall in nice is being described by a number of fans gathered at the Euro 2016 match. His name is Darren Rodgers and he hails from Ballymena, Co Antrim and he died after falling 8 meters from a wall along the seafront. He was alone and shortly died in the hospital during the night. He had spent some hours outside Ballymena with Stewart McDonald from Ahoghil before the Sunday game. Stewart McDonald said that he had spoken to Darren’s uncle and the family was devastated that the young man would not be going home anymore. Darren Rodgers had been in France awaiting the opening of Northern Ireland’s European Championship campaign against Poland.

Mr. Darren was in a group of friends who were staying in a campsite after arriving in Nice early last Thursday. One of his family members living in a well-kept bungalow refused to talk about the tragedy; fans from every corner were also devastated by the news according to Mr. McDonald. The death was just too tragic, since Darren was in great shape and was very excited about the match. He was going to watch his first major tournament, which was won 30 years ago. He slipped from the path down to a rocky beach found at the Castle Plage in Promenade des Angalais.

The Northern first Euro 2016 match against Poland which was to be held on the French City on Sunday attracted thousands of fans. According to Inspector Nigel Goddard who is in charge of the PSNI operation which is in France, the death was an accident and was not related to any kind of illness. He said he had received the sad news from his French partners; he was speaking to the BBC. The Foreign and Commonwealth Office was going to make contact with Darren’s family and was going to handle every process. Darren’s accident was just an accident and was not related to any disorder but just a personal tragedy.