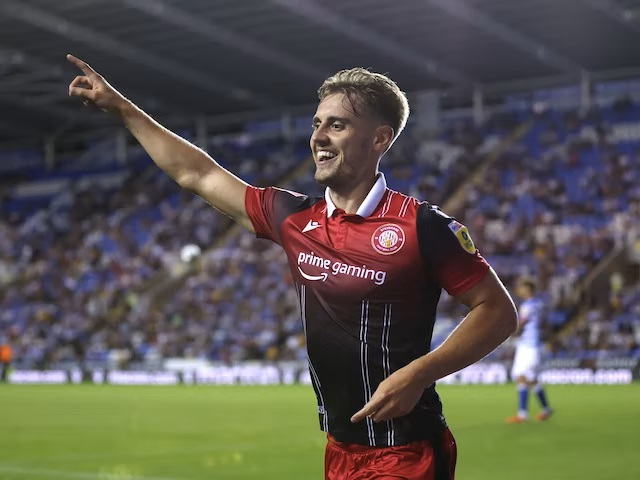 When Grimsby Town hosts Stevenage at Blundell Park on Saturday, they will be seeking to snap a streak of four straight league games without a victory.

After winning a tight game against Hartlepool United last weekend, the guests are now looking to win back-to-back games in League Two.

After losing to Doncaster Rovers in their previous match, Grimsby was brought back to reality with goals from George Miller and Harrison Biggins.

Prior to facing Doncaster, Paul Hurst’s team had been in great form away from League Two affairs, hammering League One team Plymouth Argyle in their first-round FA Cup match before defeating Manchester City’s Under-21s in the EFL Trophy on penalties.

After being promoted from the National League in the 2021–22 season, Grimsby has settled in nicely and doesn’t appear to be in any immediate danger of falling into the fourth division.

The Mariners were forced to face reality after losing to Doncaster at home, as they are currently ranked 14th in the table after losing their previous three league games.

Hurst is aware that if his team keeps up this uninspired form, they will drop farther down the division.

Last time, Boro defeated Hartlepool United with a goal from Danny Rose 11 minutes from time, giving Stevenage their 12th victory of the year. Steve Evans will be happy with his team’s response to losing to Charlton Athletic in the EFL Cup semifinals, and he will be hoping that his team can keep the pressure on Leyton Orient by winning two straight league games.

With a victory over Gateshead on November 5, Boro advanced to the second round of the FA Cup and are currently three games without a loss in league play.

The Hertfordshire team would have a fantastic season if it were to be promoted to League One, with cup success being considered as an added bonus.

Only seven points have been earned by Grimsby from eight games played at Blundell Park thus far this season, giving them one of the poorest home records in the division.

Due to Stevenage’s recent performance, we don’t think it’s possible to discount the likelihood that they will defeat their opponents on Saturday.