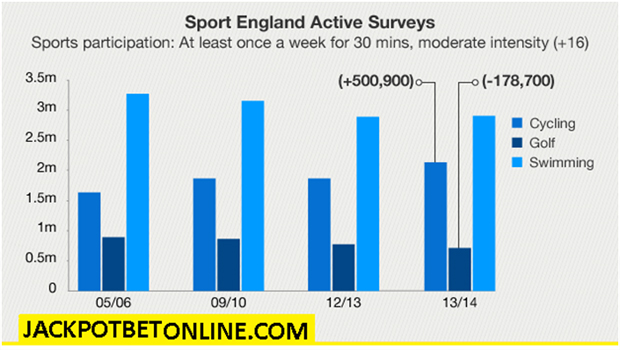 Several people were asked why something like this happens and why people are not playing golf anymore. Some of them said that the action is same as zero in golf and they searched for a sport where you need to stay fit to be in the fight for the top spots in the world. Others said that the thrill is nowhere to be found in golf as you only do one thing all the time. They are surprised how some of the top golfers manage to stay even more than 10 years in the sport without going insane.

Check the jackpot bet online with news on daily basis to win the outstanding prices. We are waiting for you.