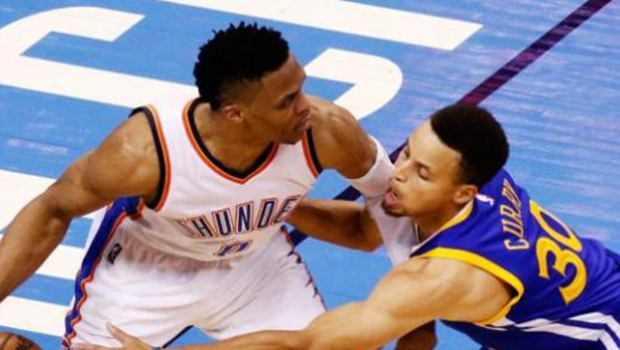 The Eastern Conference has a new champion, Cleveland Cavaliers, waiting for his opponent in the Final of the NBA. The Cavs will rival Golden State Warriors or Oklahoma City Thunder; teams are measured tonight at sixth and crucial meeting in the West End. If tonight the Thunder are able to return to win at home came to an end the NBA for the first time since 2012, and yet, if the Warriors are able to tie the tie to three, would force a seventh game that would place in Oakland, where the reigning champions of the competition, but have lost three games this season. Thus, yet to be defined, both teams faced this match with dyes final with the best position to get a good result.

Golden State Warriors saved the first match point to win the fifth match of the tie by winning 120-111. After the match Thunder coach Billy Donovan said his players faced the sixth game without thinking about anything beyond the game. ‘Tomorrow we have 48 minutes ahead and that is what we must concentrate now. We cannot start thinking about the future and what will happen when I end the match, “said coach in news conference.

The reality is that Oklahoma City Thunder has worked very well at home in this tie. The team won the third match by a score of 133-105, beating his own record of points in a match of playoffs, while this dynamic continued in the fourth round, winning by 118-94 victory that put Golden State to the brink of elimination, so Golden State Warriors know that this game is more than a game of basketball, because you must do more than it has done so far in order to win this Saturday.

The Warriors took the first step to trace the tie by winning Thursday in Oakland, so the team is still convinced he has a chance to return to a Final of the NBA. ‘We have made two incredible seasons and I think our players know they are capable of doing what is proposed’ said Warriors coach Steve Kerr.

Objectively, the tie is defined in the rebound. In the three victories he holds, right now, Oklahoma City, the Thunder have been able to overcome rebound the Warriors and when Golden State has been able to win in this round has surpassed or tied in this facet to the Thunder, and it is that this will be the best indicator for both teams when facing the sixth game.

A positive thing for Golden State’s Stephen Curry was more active in the party last Thursday after two meetings which had not shown too much in Oklahoma City. The player scored 31 points and Oakland everyone is convinced that Curry will get ties the tie tonight.

So, tonight we can live a real duel between two of the best teams in the NBA who played more than a game of basketball. Although the Thunder are playing a playoff spectacular, we thought the Warriors are more than capable of winning tonight to force a seventh and final meeting in the West End, so we grant victory to Golden State Warriors.