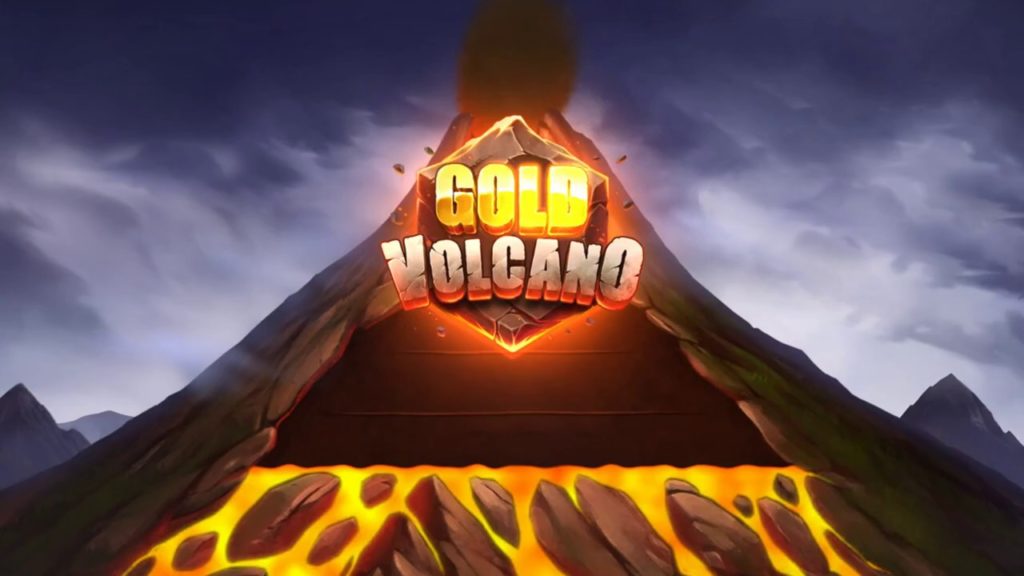 Gold Volcano is a video slot played on a grid shaped like a volcano. Symbols rise into view. 4 or more horizontally/vertically connected symbols in a cluster award a win. Only the highest win in the cluster is paid. Winning symbols are removed. New symbols are provided to fill  the empty spaces, via a symbol cascade. Multiple clusters of the same symbol that are not connected are paid separately.

The ‘Dormant’ feature is triggered randomly when the base game is non-winning, including the initial spin and/or subsequent symbol cascades. 1 of 3 effects are performed. The effects can only be played once per spin, in any order, with a total limit of 3 effects per spin.

The ‘Pressure’ feature is triggered at random when winning symbols are removed. A Wild symbol is created in an available empty space before new symbols are provided, substituting for all symbols except Scatter. Wild symbols can randomly be assigned a x2 multiplier. When part of the same win, Wild symbols displaying a multiplier will multiply with one another.

The ‘Crystallisation’ feature is triggered by collecting the Scatter symbol. When the required number of Scatter symbols has been reached, the respective symbol is transformed immediately into Gold – the highest paying symbol. Collection and transformation resets at the end of each game round, except when triggering the ‘Eruption’ feature, where progression carries over and is not reset. There are 3 levels, each requiring 3 Scatter symbols to reach. Scatter symbols are removed from the game when no further upgrades are possible.

The ‘Eruption’ feature is triggered when 6 consecutive symbol cascades have occurred; and activated when no further winning combinations and/or effects are achieved. An initial 5 Free Spins are awarded. Free Spins are played on a larger grid (8×8). Symbols rise into view. The two central columns push symbols outwards to fill symbol positions outside the volcano. Symbols push up and slide sideways and cannot cross the visible border between the inside/outside of the volcano. Wins can be made anywhere on the grid.

An additional 1 Free Spin is awarded when 6 consecutive symbol cascades have occurred during the ‘Eruption’ feature.