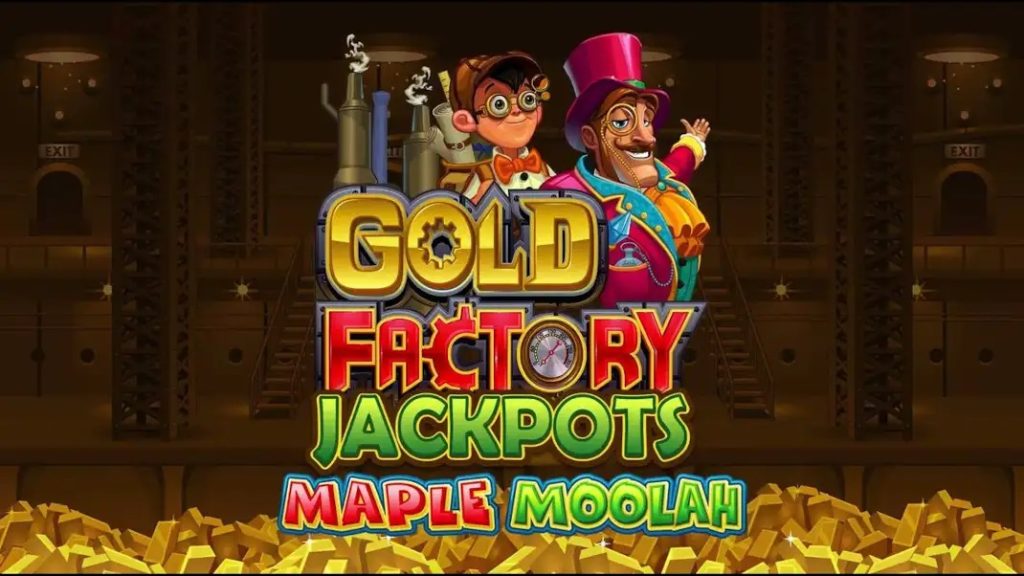 Microgaming is developing a brand new slot machine developed exclusively for that audience as it prepares to enter the regulated market from Ontario, Canada. Jackpots at the Gold Factory: Maple Moolah is a Canadian-themed slot that draws inspiration from the renowned maple leaf, but is primarily based on a prior slot named Gold Factory.

Maple Moolah has 5×3 reels and 25 active lines, according to the Gold Factory Jackpots. The ordinary side of the slot pays out up to 1,920x the stake, however the RTP is a pitiful 88.12 percent (doesn’t include jackpots). Because the new Maple Moolah progressive jackpots can also be won inside, the RTP increases, and some players may become millionaires as a result. Free spins, wilds, and scatters are all important elements.

Betting on Gold Factory Jackpots: Maple Moolah can start as low as $0.25 per round and go up to a maximum of $25.

I doubt that anyone will play this slot machine merely for the sake of playing it. The winning combos and features available inside will pay out a maximum of 1,920 times the stake, which is a fairly small amount. We can see it in the RTP of the normal slot, which is a pitiful 88.12 percent.

The progressive jackpots will also contribute to the RTP, so the odds aren’t as as dismal as they may appear at first. There are four Maple Moolah jackpots available, beginning with the well-known Mega Jackpot (worth over CAD $1 million) and progressing to Major, Minor, and Mini variants. These are only available to residents of Ontario, thus no one else can play Maple Moolah.

You’ll notice that Gold Factory Jackpots: Maple Moolah’s wild will be the game’s own logo. Rely on it as a stand-in; that’s the job it plays every time it appears. Aside from that, it isn’t particularly noteworthy.

When 3 to 5 scatters appear on the reels, you will be awarded 15 free spins. All wins you make in this mode are multiplied by three.

However, for many, the main feature would be the bonus game that activates the progressive jackpots. Unfortunately, because it is a random occurrence, you will not be able to access it by landing symbols on the reels. Using a larger stake, on the other hand, will increase your chances of acquiring this feature.

Most of the symbols and overall aesthetic of the original slot machine, which was published over a decade ago, are retained in Gold Factory Jackpots: Maple Moolah. There are a few tweaks as well, but nothing that looks particularly current. There are gold bars at the bottom, a wheel to spin on the left side, and five reels for you to spin.

Its symbol list begins with several Royals, ranging from 10 to A, and these will have a lower value than the others. The factory, steam trains, yellow submarines, workers, and the factory’s owner are all represented by higher paying symbols. The rest of the features include a logo as a wild and a coin as a scatter.

If you’re a fan of progressive jackpots, and especially if you’re from Ontario, Gold Factory Jackpots: Maple Moolah sounds promising. Those expecting more from the regular side of the real money slot machine will most certainly be disappointed.