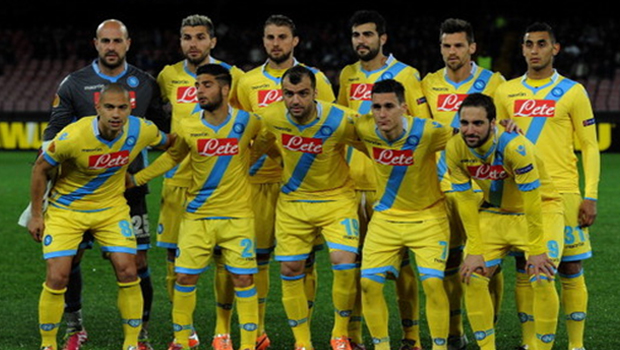 As the battle for the fourth position which leads directly to the group stage of the UEFA Europa League is going on, Sampdoria will be hosts to Napoli in the last game this fixture of the Italian Seria A and with the help of their supporters will try to win the game, and get in front of Napoli. But as easy as that sounds, Sampdoria has still to win a duel against Napoli in the Serie A, as from her coming to the Elite Italian league, she was crushed by 4:0, 0:1 2:0 and 2:5 by Napoli. There was only one game where they two managed to play a goalless draw in 2013.

In the last five matches, Sampdoria has three draws, against Cesena, Milan and Roma, where the only team that kneed before her was Fiorentina on 02.11. Inter managed to beat Samptodia just three days before that on 29.10. with the classic 1:0, which probably angered the players who took it out on Fiorentina.

On the other hand we have Napoli, who does not have a loss in the last five games, but has two draws with Sparta Prague in the UEFA Europa League and Cagliari in the home Serie A.

Just like any other Italian game, this won’t be eye catching like the rest of Europe is playing, but will have some battle and fighting for the fourth place, as Sampdoria will try to get the first win over Napoli and end the bad spree from the Blue team, while on the other hand Napoli is looking to continue their victorious spree from three games, before the two draws, and Samptoria is the right team to do that. Don’t forget to check the online betting forums as the odds are with Napoli, and if they win without you betting online, you will have no one to blame.

The difference is clear, the game should be one sided, the odds are for the hosts Lazio to win this one. With the previous duels in the cup Varese had to travel more to get to here, beating Juve Stabia with 3:2 following by 1:0 close win to Entella, while the same day Lazio beat Bassano 7:0, so, as you can see, it is still a big difference of class in the Italian cup, feel free to visit the sports betting online forums and bet for Lazio

Although in a pretty bad form in the Italian Serie A, with only 1 win against Cagliari on 03.11, and 2 loses and 2 draws after it, Lazio almost doesn’t have a chance to lose.

Varese, who plays in the 2nd Italian league, but has the same outcome in the last 5 matches as Lazio, with only 1 win against Modena on 02.11. followed by 2 draws and 2 loses.

This will be their first clash, so let’s see the outcome, although the game should have finished even before it started.