Posted on November 30, 2014 by Admin in Gambling, Gambling advice 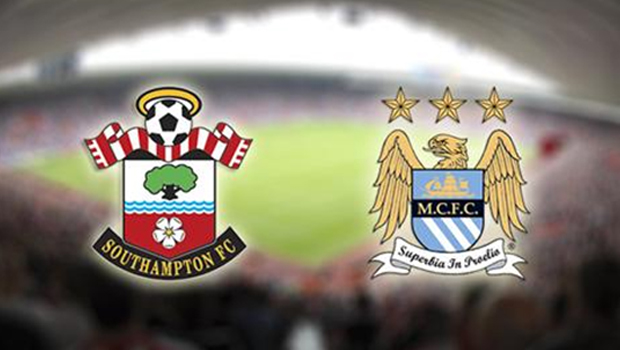 The battle for the second place in the Premier League takes on, as the biggest surprise this season, Southampton takes on the trailer led by Manuel Pelegrini. Manchester City, with two points behind is on their way to Southampton’s playing grounds, preparing for the big clash that will happen 14:30 GMT.

The hosts, Southampton, have done something that barely any team can do in the modern football, and that is to make a good team without spending too much money. Limited is a big word for their budget, as the fact that they needed to sell the whole first team to try to make changes in the team in the last transfer window speaks a lot about itself. Their new coach tried and succeeded in his risky business, selling the whole first team, some players to big clubs like Liverpool, some players to smaller one, and getting enough pounds to be able to buy the players that he needed in order to play the game that was in his head.

It paid off. He could have been relegated with the decision that he made, but he risked it. The team at the moment has the best start in recent history, and since the Barclay’s League is created, sitting on the second place in sandwich between Chelsea and Manchester City.

Their last five games are something that no one would believe if told before, as they have four victories and one draw in the last match, with an unlucky conceived goal against Aston Villa, but hey, that’s football. Some people say that they will now fall because of the tight and difficult schedule, as the tough matches start from this one, against Manchester City, Followed by Arsenal and Chelsea.

Manchester City on the other have the best goals scorer in the league so far, with the Argentinian striker Sergio Aguero having scored 12 goals for his team, one more from the newcomer in Premier League Diego Costa. But Costa is powered by the best assist in the league, CescFabregas, and last year’s best assistant, who is in the Manchester City rooster, does not have his game this season. The all-mighty YayaToure from last season is way below his average assists in game, passes, key passes and commitment. The critics say that he wants to leave from the club, that’s why he acts this way, as an unprofessional connection between the defense and the attack. Last five duels of Manchester City are with two slip ups. One while hosting CSKA Moscow that turned the game around going home with 1:2 result, and one draw against QPR three days after, still in shock from the Russians.

Despite that fact this game will be one interesting to watch, and although Southampton are good this season, they were good with teams from the bottom of the table. They are overrated and Manchester City should teach them a lesson and remind them where is their place on the table.