Fucanglong is the newest RTG game

Fucanglong is the newest RTG game

Posted on February 3, 2017 by Admin in Gambling 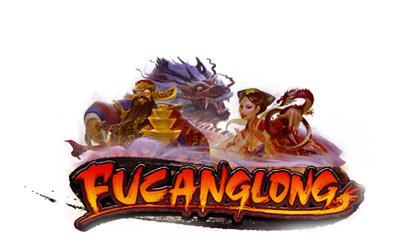 All online casinos members of the Real Time Gaming network have since January 11, 2017 added to their toy library the all new Fucanglong slot machine.

Fucanglong offers a superb design and brings a lot of entertainment with its theme relating to the mythology of ancient China. The game features a dragon that protects treasures buried in the ground. Some of these treasures have been created by man, while others are of natural origin. According to beliefs, whenever Fucanglong reports to the heavens, there is a volcanic eruption.

The ancient dragon protector of treasures has just made its entry into the world of slot machines, and its goal is to allow players to start the year in the best way. The new RTG Fucanglong slot features superior animations, meticulously crafted symbols and a wide variety of colors. This production incorporates the popular “All-Ways Country” feature. Video slots that pay in all directions allow players to increase their chances of winning. The latter have the possibility to bet on a higher number of pay lines, and on Fucanglong, they have up to 1,024 ways to form winning combinations, widening their scope of possibilities.

To add excitement to the game, the Real Time Gaming software provider has integrated the Dragon Mountain feature, and the latter gives 8 free spins to the players. Among the other bonus features you’ll see on the title, there is the joker represented by the dragon that can substitute for all other icons outside of the scatter symbols. It appears exclusively on the second, third, fourth and fifth rolls. In addition, the new slot machine features two scatter symbols represented by the Dragon Mountain and the Dragon’s Pearl. Interestingly, each scatter symbol activates its own bonus game.

The “Dragon Mountain” feature triggers when you get at least three dragon mountain symbols, and if it still appears during the free spins game, you’ll get three extra free spins, while the multiplier will increase from 1x to 8x. To make better payments, the dragon turns into an expandable joker during free spins, but only if the functionality is triggered with 4 or 5 Dragon Mountains.

The “Dragon Pearl” feature is activated by obtaining at least three dispersion symbols represented by the dragon bead. You will then be entitled to 8 free spins. Each bead hides a winning value of up to 88x the amount of the stake, and this is revealed at the end of the bonus game. In case the winnings you get from the 8 free spins would not reach the number of beads, the functionality “The Fucanglong” will trigger.

The Riviera Casino is part of RTG’s online betting facilities, and it has a toy library that contains more than 200 games from the developer. The new members are welcomed with a bonus of 500 € spread over the first three deposits. This offer is accompanied by 50 free spins valid on the Eternal Love slot machine, as part of the celebration of the 5 years of the casino. If you want to take advantage of the new Fucanglong slot machine from RTG, you can already take a look at La Riviera Casino, and enjoy the incentives available.