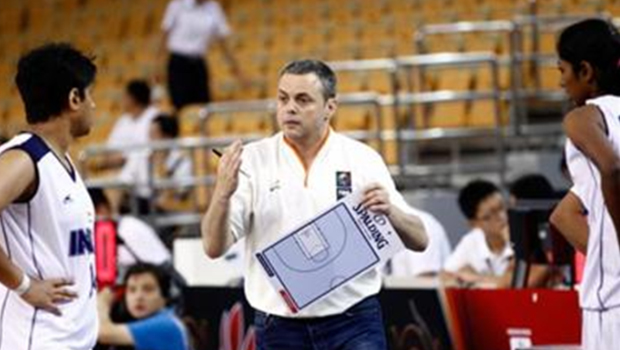 Basketball Club Bembibre has a new coach. After recently announcing the non-renewal of ‘Chiqui’ Barros as coach after six seasons first team, the entity Bierzo Alto has reached an agreement with Fran Garcia, who will take over berciano whole face of what will be his fifth campaign in the top flight of Spanish women’s basketball. The Spaniard coach, who comes after several years coaching team Women’s Absolute India, signed for one yearBorn in the Asturian city of Gijon in 1971, Garcia became the mainstay of a team that already has for the 2016-2017 season with a player under contract in force: Monty. Speaking to the club’s communications department, the Asturian coach said that “the challenge I face forward” . His goal, he adds, ” is to keep the lines of ‘Chiqui’ Barros in the six years he has been in Bembibre, which did a great job. I want to continue the evolution of the club ” clinched.

The gijonés was already in the orbit of bembibrense club several years ago and now comes this opportunity to lead the pinko set in the Women ‘s League. ” Sporting director Jose Luis Velasco, had contact with me long ago, when the team was in Liga Femenina 2, but the circumstances were not. Now, when I called a few days ago, I did not think and I said yes. Although he had an offer to lead the Absolute Selection Women Chile, this made me reconsider and stay in Spain , ” he said.

As for the reasons that led him to sign for the Club Basketball Bembibre, Garcia said he liked the work philosophy of the club. ” We will work with a team that will try to be young and with a renewed template. Obviously, we will forward, yes, having clear that avoiding relegation is the main objective. We will leave to compete, work hard and we’ll see how far we can go , ” he concluded the coach of bembibrense set, which will feature Raquel Alvarez as an assistant coach.

The gijonés trainer has extensive experience in categories based on their region, although his greatest successes came to him in the Women’s League 2 where he led the Green Belt Club Baloncesto Vetusta and Caceres. Abroad, his last experience was in front of Hindu female senior team, where he stayed from 2013 to 2015. However, its first venture outside Spain and was in the 2000-2001 season, in which he was coach of Denmark Stevnsgade , where he also participated in the direction of the U16 women’s national team. In the 2002-03 season coached Tapiolan Honka of Finland. Before traveling to Asia, he developed much of his career in the Basket Mar Gijon in his hometown, work alternated with female address regional combined in Asturias.

On Tuesday May 3 Fran Garcia will be presented as new coach of Club Basketball Bembibre in a press conference to be held in the Bembibre Arena. At the same they are gathered all the media who wish to attend, and it may make the issues they deem appropriate to the Asturian technician.