Posted on November 28, 2014 by Admin in Four teenagers in Bucks-Wolves, NBA 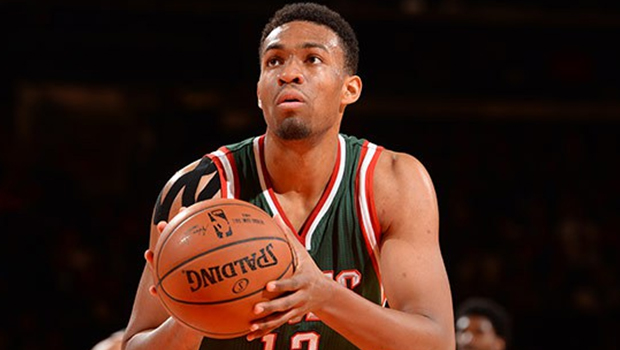 The NBA association shouldhave suspended beer on the last Milwaukee Bucks and Minnesota Timberwolves game due to teenagers running on the court. Strangely they were wearing the team’s jerseys and running around on the court scoring points. What’s even stranger that the both teams were passing the ball to them, and they were pretty good. The match between Minnesota Timberwolves and Milwaukee Bucks got in history with most teenagers in on game. It was Andrew Wiggins and Zach LaVine for the hosts Minnesota, and GiannisAntetokounmpo and Jabari Parker for Milwaukee. The two of the Bucks and Wiggins were starting, and let’s not forget LaVine who has average of 22.7 in the last 7 games for the Minnesota; his presence in the starting line-up was inevitable.

They had become the first teams to have two teenagers in their starting line up since Atlanta Hawks put this record in 2005-2006 with Josh Smith and Marvin Williams on the field when the referee blow his whistle to start the match.

After being picked and selected by their teams, the No.1 Wiggins and No.2 Parker had scored 12.5 or 11.7 points and got 3.5 and 5.9 rebounds in their last college seasons. Wiggins played in Kansas while Duke was the team Parker had on his jersey. On the other hand LaVine was a No.13 pick from UCLA and a lucky pick for the Wolves, who had 5.3 points and 2.3 average in his last season. Antetokounmpo was an unknown player and was brought to the NBA from Greece, but an interesting fact about him is that he had brown 2 inches in his short time in NBA.

When it comes to the teenage meet-ups this Wednesday will be the last match that will be played this season, as for their next meeting on January 9thAntetokounmpo will already be 20 years old, because he is born on December 6 1994.

Another fact about the Minnesota team is that they will all wear pink shoe laces in honor to Lula Hall, the mother of forward That Young who died of breast cancer last week on November 12 after 18-month struggle with the sickness.

Thad Young already missed several matches due to the tragedy in his family, but now is returned to the fields and training grounds, saying that they make him feel better, and a little bit fill the gap that the loss has made into his heart. The media asked him about his feelings lately, is he able to play and how are things going, and he answered that everything is fine, they are trying to be strong and be together now, himself and his family. He said that it’s one of those things that can happen to anyone, and he urges for all the women out there to get the breast cancer exams and make sure that everyone stays healthy.