Posted on October 22, 2014 by Admin in Football, Football Transfer Rumors 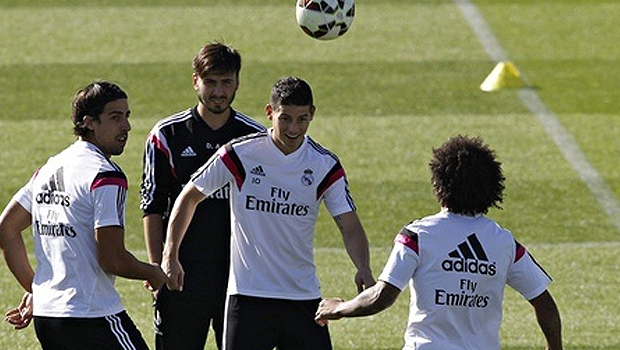 This week the European champions are expected to face their hardest test yet in their defense for the European title as they take on Liverpool at Anfield. In an interview after Real Madrid won 5-0 against Levante, Coach Carlo Ancelloti claimed that he intended to purchase Liverpool skipper Steve Gerrard during his spell at Ac Milan but his efforts bore no fruits. He also dismissed reports by Mills passin who had claimed that CRISTIANO Ronaldo was on his way to Manchester United. Ancelloti also dismissed rumors linking Liverpool youngster Raheem Sterling to Champions league holders.

In other news, Barcelona heads dismissed reports by Daily Mail that Brazilian full back Dani Alves had agreed personal terms as he awaited the move only for the Barcelona heads move in and claimed to have a contract extension in place for the player.

With his contract expiring by the end of the current season, German midfielder is on the verge to move away from Madrid with several English clubs among them Arsenal, Chelsea as well as Manchester united fighting for his signature. However, the world cup-winning player expects a waging salary of not less than £200,000-per-week.

Andre Ayew a Ghanaian who plays his trade in Marseille had earlier claimed that he is not at any point joining Swansea, hull or QPR. However, there are rumors that the winger has caught eye on Liverpool and Everton with the two clubs eager to acquire the Ghanaian.

Reports from Daily Mail claim that Tottenham are on the verge to sign Saido Berahino. The West Brom striker has impressed lately with his efforts earning him a call in the England senior squad. However, according to West Brom manager Alan Irvine, the London club will have to cash out £30m to acquire the talented striker. He was speaking on an interview prior to their welcoming of Manchester United tonight in an anticipated English Premier League clash.

The new Bolton Wanderers coach Neil Lennonhopes is planning to sign striker Gary Hooper on loan from Norwich City. The two once worked together in Celtic before the later sold to Norwich city. The manager is also believed to bring yet another from his former club, midfielder Kris Commons.

In other news, Vito Mannone may face some misunderstanding with his fellow club mates. Vito claimed that his teammates let down club supporters who had to travel a long distance to St Mary’s Stadium only to witness their team take in eight goals. The former Arsenal player claimed that he would organize on how the fans will get their fare refunded by players. However, this was taken negatively by his teammates.