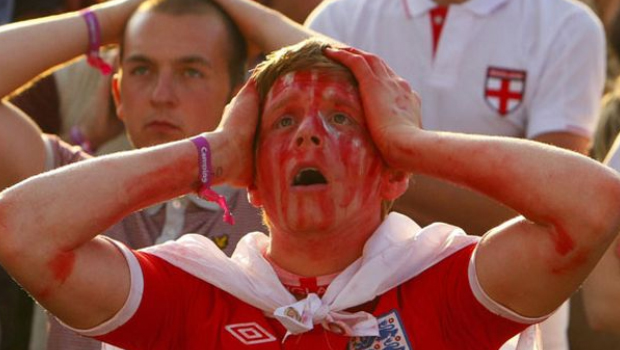 Liam Fryer is an ardent and arrogant football fan who is banned by court from football matches for three years since he is found guilty for assaulting a security guard in the stadium. Usually football is a game with a lot of arrogant fans all over the stadium who could not maintain their composure. Mostly football is the game where you can find lot of problems like man handling, fights and beatings between fans and securities. It is quite often that disappointed fans create problems in the ambience of the stadium for which the securities had to face fight with the fans when they try to maintain peace in the stadium and safety for other fans and spectators present in the stadium.

There used to be worst cases that blood sheds, court fines, court cases due to assaults but this time the incident is too awkward that the fan has bit the testicles of the security guard. During the match time when the security was trying to control two friends who believed to be creating problems and inappropriate behavior in the stadium. Fryer the one of the person who saw that the security is desisting his friend from doing problems assaulted the security guard. The security guard was trying to control the Fryer who is raging against him but Fryer assaulted repeatedly and head locked the security. Security was not able to move or escape from him, gaining the chance Fryer bit the testicles of the security. Security shouted in the pain due to which others in the crowd and the fellow securities came for help.

Before getting help from the other securities Fryer assaulted the security as much as possible and the situation has become worst. This has hit the headlines of all the news channels and the newspapers. The situation was taken for probe where Fryer involved in a heated argument finally he was found guilty. During the probe it was found that Fryer is a jobless person and a drunkard who is a football freak and he has assaulted the security guard out of control and not with intention to attack. Court fined Fryer that he is guilty of assaulting the guards and since he is not old enough to get imprisoned. Only after the probing it has been found that the friend of Fryer was moving to get first aid because of shoulder dislocation. But the security thought that he is going to do some inappropriate behavior and he was drunk.

This too bad that Fryer become out of control when he was enjoying the game as his team was performing well in the match and they won the match with one goal as their opponent has not scored single goal. At the end of the probe Fryer admitted that he assaulted the security guard for that he is fined with assaulting charges and inappropriate behavior. Fryer was ordered to do community service for 180 hours and to pay 150 pounds to each of the security guard. He was also ordered to surrender the passport during the England match in the tournament.