Floyd Mayweather in UFC league, contract that can yield billions

Floyd Mayweather in UFC league, contract that can yield billions 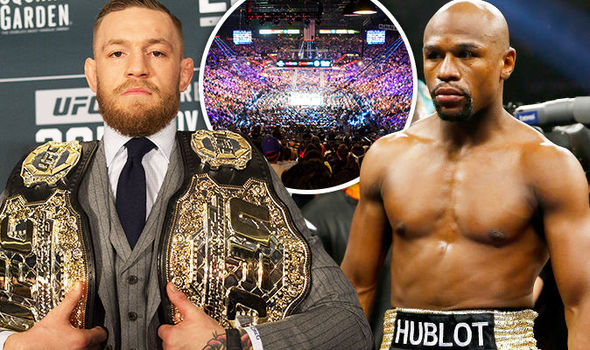 Floyd Mayweather, the ultimate boxing champion, would be about to get ready to make some UFC league games. According to the athlete, three or four fights could bring him a sum close to one billion dollars! In terms of sports betting, the fallout could also be huge for bookmakers.

Why would he go to UFC?

Floyd Mayweather does not have the nickname “Money” for nothing. The athlete is statistically the best boxer of all time with 50 wins for 0 losses during his career. His last fight remains one of the most profitable of all time when he faced UFC champion Conor McGregor.

In terms of odds, Mayweather was the huge favorite but 90% of the bets generated in Nevada went in McGregor’s favor. Mayweather’s win brought millions to bookmakers.

From now on the final withdrawal, Mr. 50/0 is planning to try the UFC. What started with questionable rumors is turning into a probable project. We would not have bet a cent on the arrival of the boxer in UFC league. Already at the head of a fortune of several hundreds of millions of dollars and at 40 years past, what does he have to prove or win (financially)?

Note that he is supposed to have several hundred million in his name but his madness sports betting and his lifestyle very luxurious certainly cost him a significant portion of his fortune. Maybe even the completeness who knows…

Still, Mayweather said he was able to start a UFC training push. The athlete assures his fans that he intends to do things the right way.

“I will start soon. It will probably be difficult. Even if it takes between 6 and 8 months, we want to be sure that everything will be done in the right way. ”

For his part, UFC President Dana White said negotiations were underway. The coming of the ultimate boxing champion will surely bring a lot back to the martial arts league. But Mayweather, outstanding promoter, will be able to secure huge revenues and will not risk losing in the ring only if he earns a fortune.

” I can do three or four fights in the octagon and win a billion dollars. Remember, I’m Floyd Money Mayweather. ”

Recall that his previous boxing bout against McGregor has generated nearly $65 million in tickets and that more than 24 million people have paid for the pay-per-view version at nearly $100 a view. In addition, Mayweather controlled part of the fight marketing that generated nearly $2 billion in revenue. McGregor won an estimated $100 million for this fight.

One thing is for sure, if Mayweather comes in for a few UFC league matches, it’s going to make some gold!