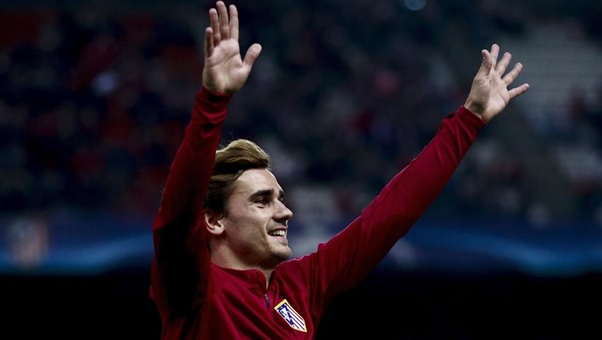 After the dispute of four days, we have five teams that have achieved their pass to the knockout stage of the Champions League , so there are still eleven teams played the pass to the next round. Arsenal, PSG, Borussia Dortmund, Bayern Munich and Atletico Madrid were the first to reach the eighth.

Arsenal and PSG were the absolute rulers of group A. Both teams have traced paths in the competition to have scored 10 points. Basel and Ludogorets, with one point each, will raffle the Europa League.

In group D encounter Atletico and Bayern , with 12 and 9 points respectively. The two will fight for being first group, while with Rostov and PSV Endhoven, with a point each, will try to continue in Europe through the Europa League.

Real Madrid’s draw in Warsaw foiled their qualifying round, where they will be the Borussia Dortmund after downing Sporting Lisbon. Although they are not classified, the whites are the only ones who can take the first place to the German box.

The Atletico Madrid are interested in investing in Mexican football, according Mean Time . The average Mexican reports that Atletico, with a society in which is involved the state government of San Luis, is moving to acquire the franchise Jaguares de Chiapas to take her back to San Luis Potosi, to recover the Soccer in the first Aztec division.

Before the franchise moved to Chiapas, it was settled in San Luis, which now, along with Atletico, intend to return the top-level football to this region. The intention of the family López Chargoy, owner of the Jaguares, is to sell it for a year and now the irruption of this partnership with mattress participation could be the one who took care of it.

But that is not the thing because as ‘Part Time’, it is intended that the standard bearer of this project is Fernando Torres , Atletico de Madrid, under contract until June 2017, the Atletico striker has already had offers of Mexican soccer, but His priority has always been to remain in the team of his loves.

This company created with the desire to get the franchise of Chiapas is already in talks with sponsors to have economic liquidity when facing the project with all the guarantees.

As of the other teams in the champion’s league, which we expected to be among the teams that have already qualified for the next round in the competition after the 4th game, we can mention that we are missing Real Madrid, who managed to slip 2 points, and get that 1 point that they did in the end of the game after dramatically intense match in Poland against Legia. In a game with 6 goals and split of points Legia had the lead of 3:2 up until few minutes before the end when the king’s team from Madrid managed to equal the result and grab an important point.