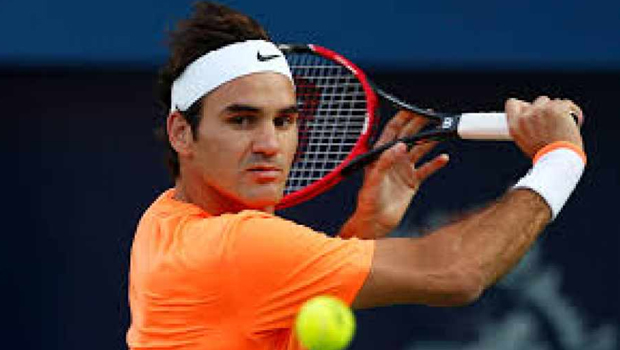 The Mutua Madrid Open is left without its words. Roger Federer has made public his resignation to play the tournament because of back problems. “I’m sorry, Manolo, “he said in the press room, addressing Santana, tournament director, sitting in the front row. “I could not train the last two days and I will be ready to play on Wednesday. At this point in the season, I do not want to risk, ” said the tournament winner in 2006, 2009 and 2012.Once recovered from arthroscopic knee surgery which she underwent after the Australia Open and gastroenteritis that prevented him play the Masters 1000 Miami, the world number three reappeared in Monte Carlo, where he lost to Tsonga in the quarterfinals.

Federer was not concerned about the danger of arriving at Roland Garros with few matches on clay. “I trained in Monte Carlo for ten days before the tournament. I do not need a lot of games to get ready. I am confident in my game and in my head, ” he said. His idea is to play in Rome next week, but will depend on the evolution of their ailments. ” Usually journalists do not put too many expectations on me in the clay season and I guess this time will still be less. Who knows if, with very little pressure, maybe something will happen at Roland Garros , ” he said.

The Swiss had its debut scheduled for Wednesday night against the winner of the match between Nicolas Mahut and Joao Sousa. Madrid, which had brought together the best players on the circuit, and suffers a significant drop, with which one Federer-Nadal hypothetical breaks in the quarterfinals .The drop has allowed Swiss Marcel Granollers enter the main draw respect of the previous phase. He will face in the second round with the winner of the match between Frenchman Nicolas Mahut and Portuguese Joao Sousa.

Roger Federer has caused a reduction in the Masters 1000 Madrid by back problems, and because no chances, and Swiss has left open the possibility of competing in Rome next week.

Injured in the first part of the year, and after undergoing arthroscopic surgery in February on the left meniscus, and then affected by a stomach virus that kept him from debut against Argentina ‘s Juan Martin del Potro in Miami, Federer described this year as “very hard” due to their physical setbacks.

Federer was the champion in Madrid in 2006, 2009 and 2012. its low breaks the dream of bringing the so – called ‘big four’ (Novak Djokovic, Andy Murray, Rafael Nadal and himself) in the Box magic for the first time since 2011.

drawn in the area where competes Spanish Rafael Nadal, who likely would face in the quarterfinals, low will be covered by a player repescado of the previous phase.

the player Basel appeared in the press room and he said he did not want to take risks. “My back hurts a little. I had to stop again. In theory I would having trained yesterday and today. I do not want to take risks because I know I will not be ready to play on Wednesday. It is best to prepare me face to Rome. Sorry, “Federer said.