Posted on November 15, 2014 by Admin in Federer and Nishikori, Tennis 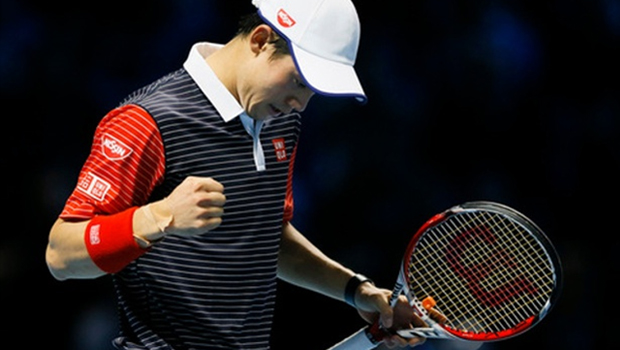 Federer and Nishikori in the semifinals

Roger Federer, the 17 times Grand Slam winner, destroyed Andy Murray with just one lost set, 6-0 and 6-1, and finished the ATP finals round-robin with zero defeats. He is also responsible for Andy Murray’s worst defeat in seven year in front of his home crowd on late on Thursday. Federer made it in the records book equalizing Ivan Lendl’s record of 12 semifinal appearances, where he was the leader of his group ahead of the newcomer Japanese Kei Nishikori. In the interview after the game Roger Federer commented that he knew he was qualified so he went in relaxed. He also felt sad for the way Andy was thrown out of the tournament, but he made a joke saying that there is always next year. Murray got the end of the stick this Thursday, and he has only one victory in 2007 in Miami against Novak Djokovic. Murray after the game said that he has been losing in finals and in far more important matches, and it was hard for him, but this time he really feels bad, because of how the game had gone for him, and how absolutely nothing had gone according to plan, but far from it.

Even before the game, the second on the list Federer already made it in the semifinals as Nishikori defeated David Ferrer with 4-6 6-4 6-1 in the afternoon. That left Murray, in order to make it through, to beat Federer without losing a set, and then making it before Nishikori on the table, but as we sow how thing were going for him, that was not going to happen this year. In the next match where Nishikori, who is one of the three debutants at the tournament, played David Ferrer, who replaced injured MiloshRaonic in the last minute, made an incredible start to this season, and to this match, although he had 18 unforced errors, he managed to get through David Ferrer. On the other hand David Ferrer, having already ‘lost’ two games under the name of MiloshRaonic, had no chances of progressing through the tournament, but managed to be a worthy opponent and present us with high quality tennis on Thursday. Nishicori commented that he is feeling at the top of his game, and the same comments came from Raonic for the Japanese, who made good critics about his group competitor. Raonic withdrew from the tournament with a muscle injury.

In the other group Novak Djokovic is guaranteed the No1 on the ATP ranking if he wins his next match on Friday against Tomas Berdych. Tomas will have a hard time knowing that Novak only lost one in the last 13 matches, and that he is going like a fast train destroying his enemies along the way. In the group A it’s much more interesting, as they all have chance in the final round-robin match, where the other duel is the U.S. Open champion Martin Cilic to play against the Australian Open champion Stan Wawrinka.