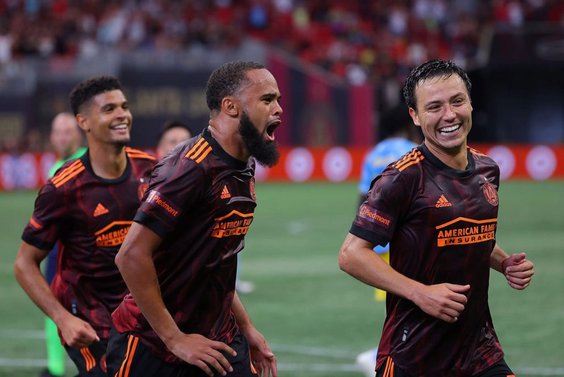 This weekend, FC Cincinnati will host Atlanta United at TQL Stadium to finish off a two-game homestand in search of their first-ever MLS victory.

There is a first time for everything, and Cincinnati achieved that last week when they defeated the Union.

With more points, victories, and goals already scored than in any other regular season in franchise history, Pat Noonan and his team’s campaign has been marked by a number of firsts. They are now in position to qualify for the playoffs for the first time.

In their fourth season in Major League Soccer, this team has improved by leaps and bounds, amassing eight victories, which is more than they did in each of their previous two domestic seasons combined.

Due to their strength in the attacking third, Cincinnati is where they are today. They recently put on what is likely their best defensive display of the year, limiting the second-highest scoring team in the Eastern Conference to just two shots on goal.

Cincy has the third-most goals scored in the East but has also given up four goals or more on five different occasions this season. If they can resolve their defensive problems, they could be a dangerous team to face.

Cincinnati only had one victory and eleven losses in 2021 at TQL Stadium, but recently, they have made it something of a fortress, going undefeated in their last six games there.

Atlanta United has recently had a reoccurring theme of being down but not out as they battle valiantly to escape missing the playoffs for the second time in team history. Gonzalo Pineda witnessed his club win three points against the Rave Green at home by scoring in the 94th minute to take home the win.

Atlanta is only two points off of a playoff berth despite everything that has gone wrong for them this season, especially on the injury front, and they have won four of their previous five games. that they have five teams to catch in the postseason race and have the most expensive roster in the league, it would be simple to claim that this team underperformed in 2022.

With seven injury-time goals this season, six of which came in the second half, they have been able to steal victories in a number of games.

It’s now or never for the Five Stripes as their next three games are against teams who are ahead of them in the standings and several of those teams have a game in hand that they are presently pursuing.

Even though Atlanta has historically performed well against Cincinnati, this Orange and Blue team is not at all like the one from prior years.

Even the best-organized defensive groups may struggle to contain Cincinnati’s quality in the final third, and the Five Stripes struggle away from home, having gone nine games without a victory. They may still give up their fair number of opportunities on the back end.