Posted on January 6, 2015 by Admin in FA Cup third round, Football 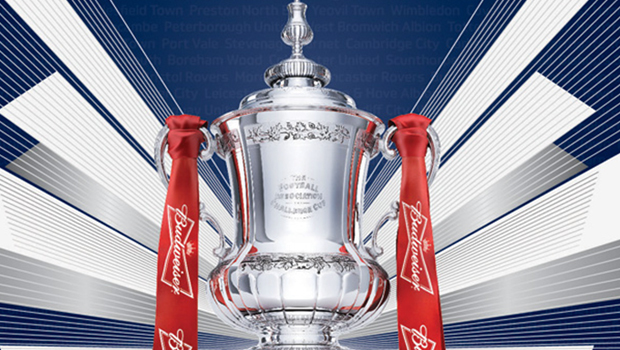 In the third round of the English FA Cup we had several interesting matches to watch and few matches where maybe the winner was already known before the game even started, and only a big surprise would have been a savior to the lower rang clubs. From the 10 matches played only QPR managed to lose the race for the cup that leads to the group stage of the UEFA Europa League, losing to the guests Sheffield United by 3:0. McNulty was the person to open the score line in the 35th minute, followed by his teammate Campbell-R.J just as the second half started. He also managed to find the net for the second time in this match in the fourth added minute by the referee, giving the Sheffield boys a head advantage before hosting the Harry Redknap’s boys in the second leg of the 3rd round of FA Cup.

Crystal Palace was good against Dover managing to score four goals while playing as guests, which will most certainly already did the job to pass this round. Dann S. opened the scoring in the 10th minute and managed to put the ball in the net again in the 34th. He didn’t managed to complete his hat trick, but his teammates Gayle D. in the 68th and Doyle K. in the 87th had rarely any trouble scoring, giving Crystal Palace the 4:0 victory. Van Aanholt P. was the man who decided the outcome on the Sunderland with his goal in the 33th minute while hosting Leeds United. And that is the same score line that Aston Villa managed to get when they hosted Blackpool. Benteke was the man of the match after scoring the only goal just two minutes before the end of the match, saving his teammates from playing a goalless draw, and giving the audience the goal and the satisfaction for their money.

Sheffield Wednesday opened the scoring with Nuhiu’s goal in Hart’s net, before the Pelegrini’s Blue Boys led by Milner in the 66th and 91st minute to complete the comeback and reserve a place in the next round of the English FA Cup. Chelsea and Manchester United managed to keep their nets safe and sheets clean with their games against Watford and Yeovil. Willian 58th, Remy 70th and Zouma 72nd were the faith deciders in Stanford Bridge and Chelsea’s victory with 3:0 over Watford, and Herrera 64th and Di Maria 90th were the guys who fired up Yeovil’s stadium.

Stoke had no problem with Werxham as the final score line was 3:1 with all the goals coming in the late game, and Southampton surprised the audience after failing to beat Ipswich Town on the Saint’s stadium, finishing 1:1 after conceiving a goal in the 19th minute.

In the last match of the day the defenders of the Cup Arsenal hosted Hull City and managed to grab the win with Per Mertesacker’s goal in the 20th minute and Alexis Sanchez’s goal in the 82nd minute.