Evolution Gaming, master of the live casino, explodes the counters in Q2 2017

Evolution Gaming, master of the live casino, explodes the counters in Q2 2017 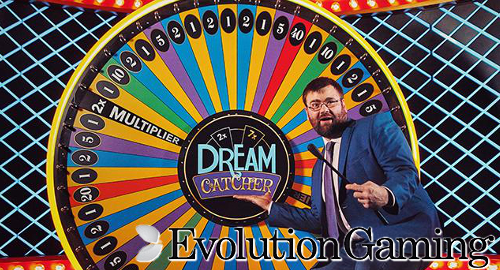 The expert in live casino Evolution Gaming announced more than satisfactory results for the second quarter of 2017. These results were largely driven by mobile games with, for the first time, more than half of the generated revenue on mobile and by the launch of a new game, Dream Catcher.

According to the results of the firm, sales increased by 56% compared to the same quarter last year. Concerning profit, Evolution Gaming was able to count on 14.6 € million net (instead of 7.6 € million last year).

Evolution Gaming is undoubtedly the leader of live casino games. The developer has dominated the market for years and has won eight consecutive years the best live casino supplier prize at EGR B2B Awards. It offers a wide range of live table games, that is, in front of real croupiers. Players can enjoy roulette, blackjack, baccarat and other creations in conditions close to the real one.

If the operators offering the Evolution Gaming games are increasing, it seems that the appeal of mobile games has helped the firm to explode its previous results. For this second quarter, more than half of the money generated by the live games Evolution came from the mobile section. This shows that beyond slot machines, players want to enjoy live table games via their smartphones or tablets.

In addition to mobile development, Evolution Gaming is starting to develop other games, except classic table games, to satisfy an ever-increasing audience. In recent months, he launched the game Dream Catcher, which corresponds to a kind of wheel of fortune. This creation that allows slot enthusiasts to find entertainment that speaks to them is the kind of project on which the developer will concentrate.

” We have discussed in the past our strategy of developing Live by including more than traditional table games. It’s particularly satisfying that our latest game, Dream Catcher, which is a totally new game for us, has become so popular with players. Dream Catcher is a clear example of our innovative products and has been developed to be in line with our expectations. “Said Martin Carlesund, CEO of Evolution Gaming.