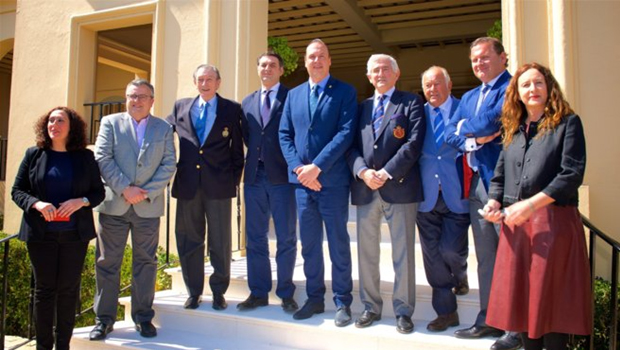 The European Tour returns to Valderrama with the Open of Spain

They have had to spend five years since 2011 Sergio Garcia won the first and so far only victory of a Spanish in Valderrama, for the best national club and one of the most important in the world again to have a tournament of European Tour. It will be nothing less than the Centenario Open in Spain also comes backed by the foundation of castellonense player .Valderrama gets an appointment that goes far beyond mere sport. The Andalusian, the Minister of Tourism and Sports, Francisco Javier Fernandez attended the presentation ceremony in the Ryder hall complex located in the luxurious San Roque urbanization, he stressed the commitment of the administration for golf both in competition and in the tourist . Of course, he would not quantify the financial support given the administration the tournament to be held from 14 to 17 April and allocated two million euros in prize money .”The celebration of the Open of Spain is a prime resource not only for our tourism but also sports promotion , ” said the Socialist leader. Currently between 14 and 15% of golfing tourists received by the community “they are Spanish so we have much room for growth in domestic tourism”.In this area he confirmed that the Board “staking promotion strategy, we think the best way to attract golf tourists is teaching them what we have and this tournament is an example” . “Valderrama is synonymous with excellence , ” he concluded before ensuring that they were in negotiations with the club to close this sponsorship.In fact, one of the bets of the Real Club de Valderrama is held next year one of the final series of the circuit. It is recalled that the legendary tour and hosted the Ryder Cup ’97 , to which 20 editions of the Volvo Masters are added and it is the only national field where Tiger Woods played in one of the two editions of which hosted World Championships, winning the first one.

Great economic impactThe economic impact, moved last year 50 million euros in this industry , and especially image is usually one of the attractions for golf to return to one of his favorite scenarios. No tournament in our country, even less after the crisis, which can accommodate 45,000 spectators, as expected, during the week of competition.Added to this is the image that is projected through television with millions of viewers like assures the club ‘s general manager, Javier Reviriego, “will see the excellence of the countryside, the climate and what has Andalusia”.Not surprisingly the Sotogrande is the only route in which the audience will not only enjoy the sport but to stroll among its huge cork oak. Participants at the Real Club Valderrama in Spain-Foundation Open Sergio Garcia, who include in addition to national German and former world number one, Martin Kaymer , will appreciate the improvements made in bunkers and tees.The bunkers have been completely renovated with the aim of presenting the same standards and quality as the greens and fairways; tees, without changing their location, have focused and leveled, and have been planted with the same variety of grass used on the greens Agrostis.Another new feature introduced in recent years is the pruning of many cork trees of the field , which has improved the “playability” of it and allow players to try risky shots from the rough, which will result in a greater show. Everything is ready for the golf back home.