Posted on October 10, 2014 by Admin in Basketball, EuroLeague Winner 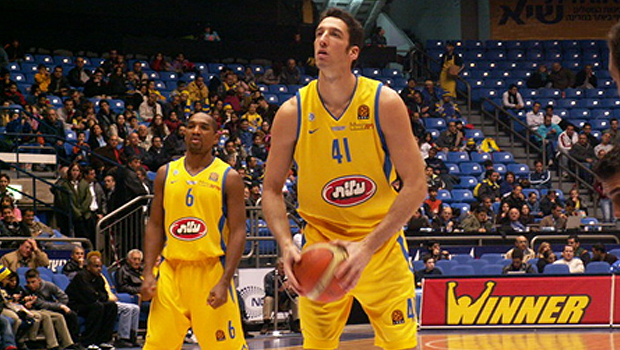 The 2014/15 EuroLeague basketball season will be starting up shortly and to celebrate this fact I am taking a look at the title challengers and their odds to see who will become the champion in May 2015. The current champions are Israeli side Maccabi Tel Aviv who claimed their first time in nine years after defeated Real Madrid in overtime last season to end a three season run of Greek victories. Are they in with a chance of victory this season?

Just like the Champions League in soccer, it is the side from the Spanish capital who are favoured to claim the Euroleague title this season. They are the biggest winners of the competition with eight titles to their name, but despite reaching the final in each of the last two seasons this season marks 20 years since their last triumph. Will this be the year that they take that final step and claim a ninth title?

Real Madrid’s Spanish rivals Barcelona are the joint second favourites to triumph this year having reached the final four stage of the competition in each of the last three seasons. They have made the final on seven occasions, but they have won just two titles to their name after wins in 2003 and 2010. They will be desperate to improve on the two third place finishes and a fourth placed over the last three and with last season seeing them reclaim their Spanish title from Real Madrid they will hopeful of upsetting the odds to triumph in Europe this season too.

Six time Euroleague winners are an impressive side as they have claimed six titles in this top tier European basketball competition and have missed out on a place in the final four of the Euroleague just once since the 2002/03 season. Their last three seasons have seen them fall at the semi final stage following a single point loss to Olympiacos in the 2011/12 season, but they certainly are one of the most consistent sides in this championship over the last decade and will believe they can win it this time.

These three sides are the top trio in the competition and while there are some big name sides pushing them in Olympiacos, the winners of two of the last three titles, Panathinaikos, who have reached the final four in two of the last four seasons and took the title in 2011, and current champions Maccabi Tel Aviv all available at no longer than 20/1. We’re looking at another competitive season in Europe’s top basketball competition, but I feel that the value bet is on the ultra consistent CSKA Moscow to win thi

Real have blown their chances in the last two seasons and while they will be desperate not to make it three seasons in a row CSKA are always there or thereabouts come the end of the season and I see them returning to glory and closing to within one title of Real in the all time list.